Dickstein Shapiro partners are informed their capital is gone; some could lose more than $1M 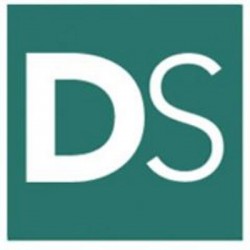 Equity partners at the now defunct law firm Dickstein Shapiro won’t be getting any capital back, they were told in a letter on Friday.

For some high-earning partners, that means a loss of $1 million or more, the National Law Journal (sub. req.) reports. Dickstein Shapiro held as much as 80 percent of partners’ anticipated earnings in capital year to year, compared to 30 to 40 percent at many other law firms.

The letter, dated Feb. 11, said Dickstein Shapiro had been trying to merge with another firm since last summer, but now its only choice was to dissolve. Blank Rome is acquiring more than 100 Dickstein Shapiro lawyers.

“One consequence of the firm’s dissolution will be the almost certain loss of all firm capital for current and former partners alike,” the letter said.

Andy Zausner, who worked at Dickstein Shapiro for 23 years and headed its congressional practice before leaving for Greenberg Traurig in July, told the Washington Post (sub. req.) that he lost equity, though he declined to say how much. “I have not decided myself if I am going to do anything about it.”

Legal consultant Peter Zeughauser told the Washington post that Dickstein Shapiro had trouble finding a merger partner in part because of the high cost of its real estate.

“They had too much real estate for not enough lawyers, which is a common predicament for firms that wind up failing,” Zeughauser said.