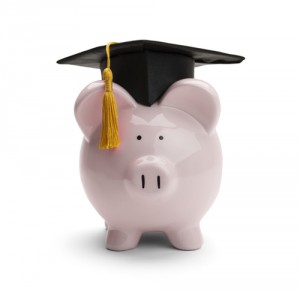 It appears that the federal government is rethinking which nonprofit employees qualify for the Public Service Loan Forgiveness Program, and it may now be that the criteria has more stringent requirements.

Part of the College Cost Reduction and Access Act of 2007, the PSLF program automatically includes 501(c)(3) employers. Other nonprofits with different tax statuses can also meet eligibility criteria if they “provide certain types of qualifying services,” according to the Department of Education’s federal student aid website, including “public education.” The first forgiveness of loan balances is expected in October 2017.

Besides working for a 501(c)(3) or a nonprofit that provides specific services, those eligible for the program must work in public service for 10 years and make 120 qualifying loan payments after Oct. 1, 2007. Jobs with labor unions, partisan political organizations and for-profit groups do not qualify.

“In a limited number of cases, after additional review, we could find no evidence of the organization being a nonprofit organization that also provides a qualifying service for purposes of eligibility for the PSLF program,” a Department of Education spokesperson told the ABA Journal.

Both the ABA and the AILA have 501(c)(6) status, which traditionally covers trade groups providing member services. But in addition to what they consider public education, the ABA and the AILA provide public interest law services, another qualifying public service listed on the federal student aid website.

“No one at the Department of Education has been able to provide any justification for the unilateral policy change, which is especially bothersome because it’s to be applied retroactively,” says Jack L. Rives, executive director and chief operating officer of the ABA. “We are aggressively seeking to restore our status as intended by the law—fully and unconditionally as a qualified employer.”

Kate Voigt, an attorney and associate director of liaison with AILA, received word from the Department of Education in 2012 that her employer qualified for the PSLF program because it was a nonprofit providing public interest law services.

The agency said something different a few years later.

“After further review, we determined that employees of AILA do not provide public interest law services. Rather, such services are provided by AILA’s member attorneys,” Jeff Baker, policy liaison and implementation director for Federal Student Aid, wrote to Voigt in December 2014.

“Our research shows that AILA is a professional bar association primarily engaged in advocacy and providing news and commentary to its members and to the public in general,” the letter states. “For PSLF purposes, the Department considers ‘public education services’ to be services that provide educational enrichment directly to students and their families in a school, or school-like setting.”

Voigt in 2014 filed a Freedom of Information Act request with the Department of Education, seeking a list of nonprofits that did and did not meet PSLF eligibility criteria. She also requested training materials for eligibility determinations, and communications between the department and federal loan servicing. The matter is still pending.

Some American Civil Liberties Union offices also lost employer certification for the program, while others received various answers from the federal government. Decisions tended to be based on the tax status of which fund paid them, and some employees paid from an office’s 501(c)(4) funds were told their employer did not qualify. Groups with 501(c)(4) status are traditionally social welfare organizations, and some ACLU employees found to be ineligible for the PSLF program engaged in lobbying work.

Jocelyn Rosnick, an assistant policy director with the ACLU of Ohio, has received various government responses about her employer’s eligibility, the most recent of which stating that it qualifies for the PSLF program. Her office pays employees out of its 501(c)(3) fund.

“The first forgiveness class isn’t until next year. I think until then, there aren’t going to be any established guidelines, and everything is a bit unknown,” says Rosnick, a 2012 graduate of Case Western Reserve University School of Law. She has more than $100,000 in student loans.