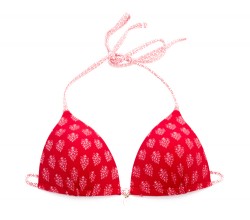 A trial judge got it right by allowing a jury to decide whether a fallen bikini top could constitute an “emergency” absolving a distracted driver of negligence in a fatal crash, a Brooklyn, N.Y., appeals court has decided.

Brittany Lahm, now 24, took her hands off the wheel briefly to get her top back in place after passenger Brandon Berman pulled the strings and caused it to fall, reports the New York Daily News. He was killed in the 2008 crash that resulted on the New York State Thruway, and others in the car were injured. All were 19 years old at the time.

“Brittany did not anticipate that he would suddenly pull the strings on her bikini top, thereby causing the top to fall and her breasts to be exposed,” the majority explained in the Appellate Division opinion (PDF) last week, upholding a Rockland County jury verdict that absolved Lahm of liability for another passenger’s injuries. Hence, the appellate panel said, the judge was correct to give an instruction allowing the jury to decide that Lahm’s bikini top problem was, as the opinion puts it, “a sudden and unforeseen emergency not of her own making.”

A dissenting judge said Berman had been disruptive earlier in the ride back from the New Jersey shore, which made the bikini-top prank foreseeable.