Did suspect ask for a 'lawyer dog' or a 'lawyer, dawg'? Request was ambiguous, justice says 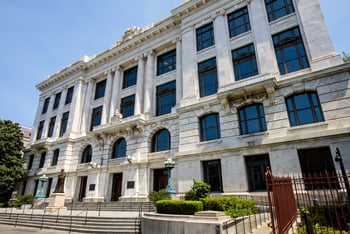 The Louisiana Supreme Court has refused to hear an appeal from a suspect who says police should have stopped questioning him after he said, “… so why don’t you just give me a lawyer dog.”

The state’s top court didn’t explain why it refused to hear the appeal by Warren Demesme, but a concurring justice said Demesme’s request was ambiguous. Slate, Above the Law and the New Orleans Times-Picayune have stories.

According to the concurring justice, Scott Crichton, Demesme told police, “If y’all, this is how I feel, if y’all think I did it, I know that I didn’t do it so why don’t you just give me a lawyer dog cause this is not what’s up.”

“In my view,” Crichton wrote, “the defendant’s ambiguous and equivocal reference to a ‘lawyer dog’ does not constitute an invocation of counsel that warrants termination of the interview.”

Demesme, a 24-year-old man from Harvey, Louisiana, was being questioned by New Orleans police about allegations he had sexually assaulted two juveniles, the Times-Picayune reported. According to Crichton, Demesme agreed to participate in two police interviews, and he was advised of his Miranda rights both times. He made the “lawyer dog” request in the second interview.

Demesme was seeking to suppress a statement he had made to police. The court’s refusal to hear the case means the statement can be used at trial, according to the Times-Picayune.