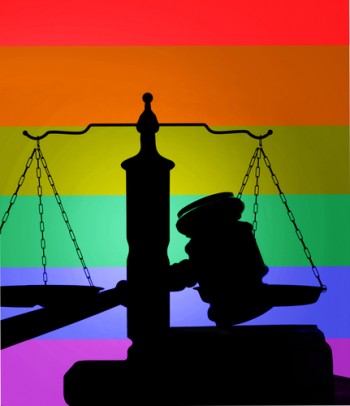 A three-judge panel of the Atlanta-based 11th U.S. Circuit Court of Appeals ruled Friday that the Civil Rights Act of 1964 does not prohibit discriminating against employees because of their sexual orientation, the Associated Press reports.

In a case brought by a female hospital security guard, Jameka Evans—who said she was forced out of her job because she is a lesbian and didn’t conform to gender norms—the panel ruled 2-1 that it was bound by a 1979 precedent in Blum v. Gulf Oil Corp., which said Title VII does not prohibit “discharge for homosexuality.”

Evans represented herself in the district court, which upheld a magistrate judge’s recommendation and report that Evans’ claim of discrimination against gender nonconformity was “just another way to claim discrimination based on sexual orientation.” At the district level, all of Evans’ claims were dismissed with prejudice, refusing to let her amend her suit.

In 2011, the 11th Circuit ruled in Glenn v. Brumby that Georgia officials discriminated against a transgender woman by firing her when she confirmed she was preparing to undergo surgery to become a woman. Circuit Judge William Pryor joined in that unanimous three-judge opinion.

But in Evans’ case, Pryor wrote in the concurrence that sexual orientation is not a protected class.

“A gay individual may establish with enough factual evidence that she experienced sex discrimination because her behavior deviated from a gender stereotype held by an employer, but our review of that claim would rest on behavior alone,” Pryor wrote in the opinion (PDF).

He noted that Congress, not the courts, would have to designate sexual orientation as a protected class.

In a dissent, Circuit Judge Robin Rosenbaum wrote that the court should recognize that workplace discrimination based on sexual orientation is itself discrimination.

The majority opinion remanded Evans’ case with instructions for the lower court to allow her to amend the complaint to address the claim that she was discriminated against because of gender-based behavior, such as adopting men’s-style clothing and a men’s-style haircut.

Lambda Legal attorneys said they plan to ask the 11th Circuit to vacate the ruling and have it heard again by the full court.