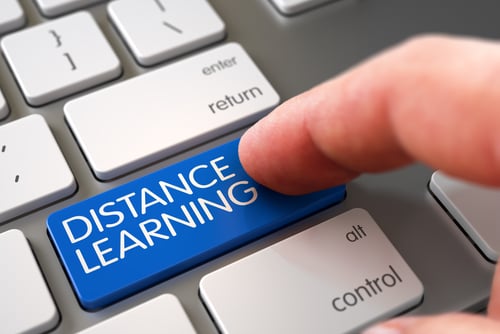 Where and how accredited law schools offer courses and ways in which existing rules on those topics might be modified were discussed Saturday by the standards review committee of the ABA’s Section of Legal Education and Admissions to the Bar.

Accreditation rules under consideration for revision include Standard 307, which addresses programs of domestic law schools held outside the United States, and Standard 306, which sets rules for distance learning. Feedback was the focus of the meeting, and the committee will meet again in October for further discussion.

Some have suggested that the 15 credit limit is too low, and requiring students to first complete 28 credit hours at in-person classes could be the wrong approach, arguing that entry-level courses, like legal writing, might work well in an online format.

There are few studies on the effectiveness of distance learning, said committee member Allison M. Dussias, a New England Law professor who presented an oral report on the issue. It would be helpful, she added, to know how law school graduates who took courses through distance learning did with bar passage and employment.

There was some discussion of raising the number of distance learning hours allowed to 30.

“I think 30 is a good number, partly because a lot of people argue that a third of law school education is a waste anyway,” said committee member Craig M. Boise, the dean of Syracuse University College of Law. His school announced in 2016 that it was working toward ABA and New York State approval for an online program that would offer real-time classes through technology that allows immediate communication between faculty and students, the New York Times reported.

A proposed revision to Standard 106, which addresses rules for branch campuses, was also discussed. The current version of the rule addresses what is needed to maintain a branch campus, such as adequate library resources. It also requires that a reliable plan be established that demonstrates a branch campus is likely to be in compliance with accreditation standards. However the rule does not address enforcement for branch campuses.

“It seemed to us that there have been some law schools that opened what they described as a branch campus, but they had entirely different faculty and a different dean, so the branch campus almost looks like an entirely separate law school. That just doesn’t seem to make sense,” said committee member Peter Joy, a professor at Washington University Law. He also noted that an accredited law school could open a branch campus anywhere in the country and bypass new accreditation issues for the campus.

“Can the law school say that the branch is performing badly, but overall our performance is compliant? It’s not clear in the standards,” he said.

Potential revisions to add gender identity and ethnicity to Standards 205 and 206, which address diversity, nondiscrimination and equal opportunity, were also discussed at the July 15 meeting. One proposal suggests adding language that ABA-accredited law schools “may provide a preference” for people following the school’s religious affiliation or purpose, but that can’t be used to preclude admissions or retention of students on the basis of race, color, religion, national origin, gender, gender identity sexual orientation, age or disability.

Some committee members suggested that adding language stating schools must follow state and federal laws regarding discrimination could be a potential change, while others said that would not be enough, considering the ABA’s commitment to having a diverse legal profession.

“It’s not the most violated standard, but it’s certainly in the top two or three,” Adams told the committee, mentioning that many complaints are in respect to the selection of adjunct faculty.

“As most deans will tell you, they have dozens of alums who want to teach. If they only respond to all the white males, they will end up with a percentage of adjunct faculty that’s overwhelmingly white male, even in cities that are extremely diverse,” he said. “Deans will tell me ‘I never turn down a person of color,’ but by being passive, they end up with overwhelmingly white male adjunct faculty.”