DNA from skin cells could implicate the innocent, studies suggest 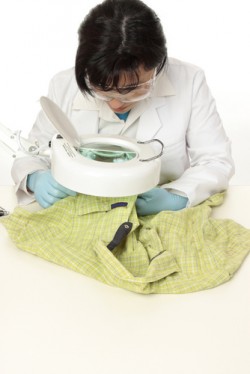 DNA collected from skin cells left on objects such as door handles and guns is increasingly being used as evidence in criminal cases. But new studies show a person’s DNA can be transferred to an object that is never touched by the person, raising questions about the reliability of such samples.

A case study illustrating the problem was presented in February at a meeting of the American Academy of Forensic Scientists, Scientific American reports. A homeless man, Lukis Anderson, was charged with the murder of multimillionaire Raveesh Kumra based on DNA evidence left at the crime scene. But Anderson was hospitalized on the night of the murder.

Anderson’s lawyers later learned that paramedics who treated Anderson inadvertently transferred his DNA when they processed the crime scene three hours later. Other studies have shown that DNA from skin cells can be transferred onto an object by shaking hands with another person who then touches the object, or by a cloth wiped across a person’s neck that touches the object.

Police have increasingly collected so-called “touch DNA” from skin cells left on objects since 1997, when researchers showed it was possible to gather information this way. In Harris County, Texas, for example, the number of such samples submitted for lab analysis jumped threefold between 2009 and 2013.

“No doubt DNA evidence remains an invaluable investigative tool,” the article says, “but forensic scientists and legal scholars alike emphasize that additional corroborating facts should be required to determine guilt or innocence. Like all forms of evidence, DNA is only one circumstantial clue. As such, Anderson’s case serves as a warning that a handful of wayward skin cells should not come to mean too much.”