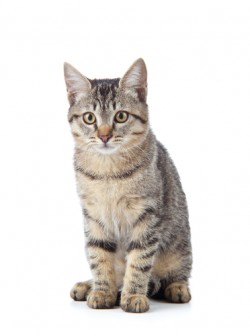 A British man has been convicted of manslaughter with the help of cat DNA.

David Hilder was identified as the culprit in the Winchester case after hair from his cat was found on the dismembered torso of the victim, a neighbor of Hilder’s, reports the Associated Press.

The 47-year-old defendant was sentenced to life, but could be paroled after 12 years. His cat has been placed in a new home.

“This is the first time cat DNA has been used in a criminal trial in the UK,” said Jon Wetton of the University of Leicester, who oversaw a project that created a cat DNA database there in connection with Hilder’s prosecution.

“This could be a real boon for forensic science,” he continued, “as the 10 million cats in the UK are unwittingly tagging the clothes and furnishings in more than a quarter of households.”