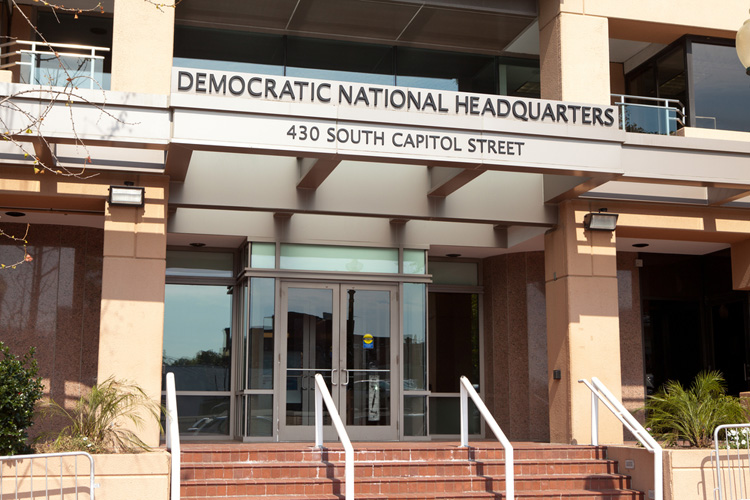 The Democratic National Committee filed a racketeering lawsuit Friday against the Trump campaign, Russia, WikiLeaks and a host of other defendants that claims a conspiracy to hack into DNC emails and denigrate Hillary Clinton.

The complaint was filed on behalf of the Democratic Party by the law firm of Cohen Milstein, the Washington Post reports. The New York Times followed with its own story.

“The conspiracy constituted an act of previously unimaginable treachery: the campaign of the presidential nominee of a major party in league with a hostile foreign power to bolster its own chance to win the presidency,” the suit said.

Papadopoulos has pleaded guilty to lying to the FBI in connection with special counsel Robert Mueller’s probe of Russian influence in the election. Manafort and Gates have been charged with conspiracy to launder money received for work on behalf of a former Ukrainian president.

The suit is reminiscent one filed by the DNC in 1972 against President Richard Nixon’s re-election committee seeking $1 million in damages for the Watergate break-in, according to the Post. The suit settled for $750,000 on the day that Nixon left office in 1974.

The suit claims Russia hacked the DNC computers in July 2015 and April 2016. Then, in 2016, the suit alleges, individuals tied to the Kremlin notified the Trump campaign that Russia was prepared to use the stolen emails to damage Clinton and the Democratic Party.

“Rather than report these repeated messages that Russia intended to interfere with U.S. elections, the Trump campaign and its agents gleefully welcomed Russia’s help,” the suit contends.

The stolen data was transmitted to WikiLeaks, which “disseminated the information at times when it would best suit the Trump campaign,” according to the suit.

Most of the information in the suit has already been made public, the Times points out.

In addition to RICO violations, the suit claims violations of laws barring computer hacking and misappropriation of trade secrets, as well as the tort of trespass.

The suit claims Russia does not have immunity from the lawsuit because the suit’s claims arise out of Russia’s trespass to the DNC’s private servers.

Trump has repeatedly denied collusion with Russia, as have his advisers and associates.