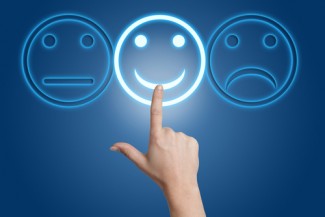 The Equal Employment Opportunity Commission is investigating a lawyer’s complaint, filed on behalf of his son, that claims well-known companies discriminate against the mentally ill through the use of personality tests in job screening.

Roland Behm, a former in-house counsel at Nokia Corp., filed discrimination charges with the EEOC on behalf of his son, Kyle Behm, who has bipolar disorder, the Wall Street Journal (sub. req.) reports. The youth was rejected by seven companies after he applied online for hourly jobs in 2012.

The EEOC included complaints against two of the companies–Kroger and PetSmart—in an investigation already under way to determine whether personality tests discriminate based on disabilities such as depression or bipolar disorder, the story says, citing documents sent to Behm. Kroger declined to comment while a PetSmart spokesperson told the Wall Street Journal the company is “committed to fair recruitment and employment practices.”

Roland Behm’s online LinkedIn profile says he is a principal at Alembic Solutions, described as a group of lawyers and other professionals challenging the use of pre-employment personality testing.

As many as 60 to 70 percent of job hunters are required to take online tests for characteristics such as personality, skills or ability, according to an estimate by one expert interviewed by the Wall Street Journal. The story provides some examples of probing interview questions. Test takers are asked to state whether they agree or disagree with statements such as:

• I sometimes get confused by my own thoughts and feelings.

• Over the course of the day, I can experience many mood changes.

• I am always happy.

Other discrimination concerns have also been raised, the story says. Xerox eliminated one of its online test questions for job seekers—asking about the length of commuting time—because of concerns it could disadvantage people from minority neighborhoods. The question was tossed even though the company found that those with shorter commutes stayed longer in customer service jobs.