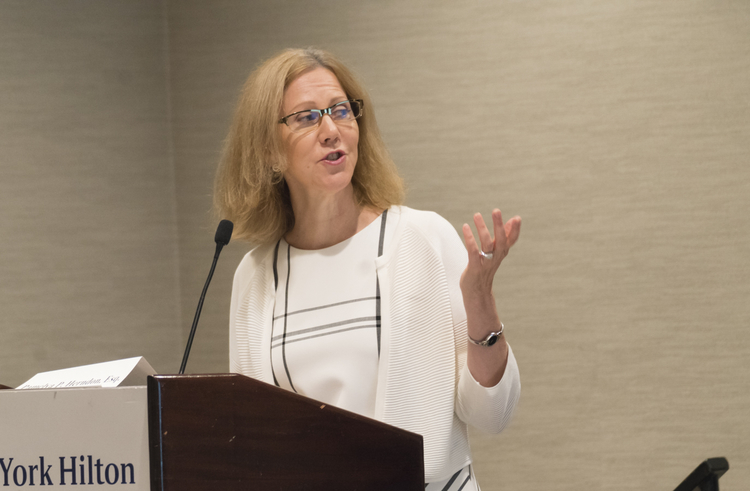 Nancy Northrup, president and CEO of the Center for Reproductive Rights. Photos by Len Irish.

Lawmakers often justify abortion restrictions by emphasizing the need to protect women’s health. But do those who are passing the laws really achieve that end?

Panelists considering the issue at an ABA Annual Meeting program on Sunday pointed to a new report and to a statement by Justice Ruth Bader Ginsburg about “sham” motivation for abortion regulations. The program (PDF) was called “Connecting the Dots: The Connection Between State Restrictions on Women’s Rights and Lack of Access to Programs Benefiting Low-Income Women and Children.”

Ginsburg made the statement in an interview with the Associated Press after the U.S. Supreme Court overturned Texas abortion clinic regulations in June 2016 in Whole Woman’s Health v. Hellerstedt. “It seemed to me it was a sham to pretend this was about a woman’s health,” rather than making it harder to get an abortion, Ginsburg told AP.

The Supreme Court struck down provisions of a law that required doctors performing abortions to have admission privileges at nearby hospitals and that required abortion facilities to comply with hospital-style standards for ambulatory surgical centers.

At Sunday’s program, Nancy Northrup, president and CEO of the Center for Reproductive Rights, displayed Ginsburg’s statement and indicated she agreed with the justice.

The Hellerstedt decision made clear that abortion regulations must further a valid state interest, and the benefits must outweigh the burdens, according to Northrup. For a law to withstand scrutiny, there must be credible evidence as evaluated by courts rather than lawmakers, she said. 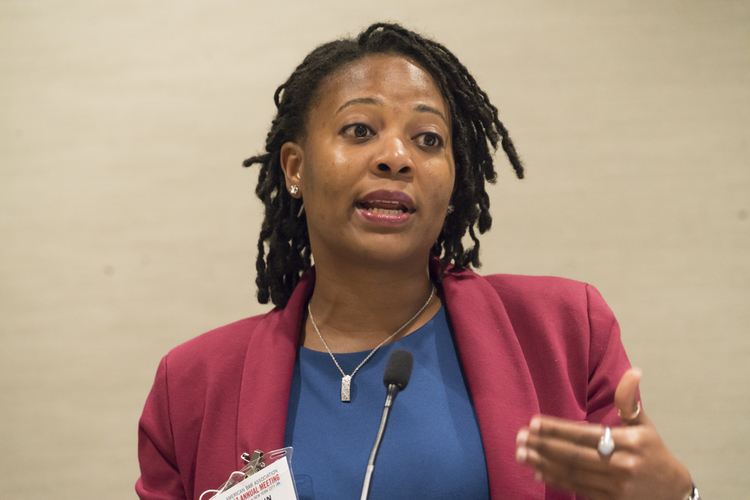 Terri-Ann Thompson, associate at Ibis Reproductive Health, gave an overview of the new report, called “Evaluating Priorities: Measuring Women’s and Children’s Health and Well-being against Abortion Restrictions in the States.”

The report categorized states based on the number of abortion restrictions, including mandatory waiting periods, a mandatory or offered ultrasound, restrictions on medication abortions and mandatory counseling prior to abortion. The range was from zero restrictions (Vermont) to 14 (Indiana, Kansas, Mississippi, Oklahoma and South Carolina). Overall, there were six more abortion restrictions in place than in 2014, the last time the study was done.

Thompson cautioned that the report is “one snapshot of data,” and it doesn’t establish that the abortion restrictions cause poor health outcomes.

But the report also has some big strengths, Thompson said, because it is “a very straightforward analysis” that highlights imbalances in state policies. The findings drive home the point that policies designed to reduce inequalities have proven benefits, she said.