Do you take criticism personally? Experts suggest ways to respond 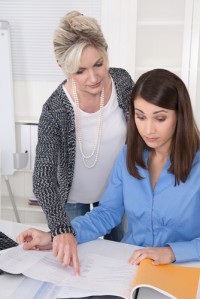 Criticism of your work may fuel feelings of anger, hurt and resentment. But there’s a better way to respond, according to management experts.

Reacting well to criticism can have positive benefits, the Wall Street Journal (sub. req.) reports. “It is a skill that requires practice, humility and a sizable dose of self-awareness,” the story says. “But the ability to learn from criticism fuels creativity at work, studies show, and helps the free flow of valuable communication.”

Brad Karsh, president of JB Training Solutions, Chicago, says waiting 24 hours before responding to criticism can help those whose first response is defensiveness. Say “thank you very much for the feedback,” he tells the newspaper. “What I’d like to do is think about it.”

Harvard lecturer Douglas Stone, co-author of the book Thanks for the Feedback, offers another suggestion. When criticized, workers should pause to consider what the feedback is about, and what it is not about. This can help workers who are tempted to distort criticism into a devastating personal critique, he said.

Stone says his co-author, Sheila Heen, avoided an emotional response several years ago when a client of theirs tossed their report on the table and yelled, “This is a piece of s—.”

Heen responded with a question. “When you say s—, could you be more specific?” she asked.

Next:
Prison teacher, left alone in room with convicted rapist, is raped, stabbed