Do you think there should be an LSAT cutoff score for law school admission? 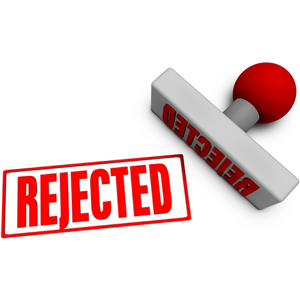 Last month, we noted that data shows that lower LSAT scores and declining bar-pass rates have been going hand-in-hand in recent years. Jerry Organ, a law professor at the University of St. Thomas School of Law in Minneapolis who looked at the score data, anticipates a continued decline in median bar exam scores and bar-pass rates through 2018.

At the Careerist (sub. req.), blogger Vivia Chen says that while she is skeptical about the value of standardized tests, Organ’s observations gave her pause.

“To me, all this raises the obvious question whether there should be a cutoff score for admission to law school,” Chen writes. “What’s wrong with requiring attendees to demonstrate a modicum of reasoning skill, as evidenced by a decent LSAT score? Is scoring at least in the 25th percentile too much to ask?”

A recent report by Law School Transparency indicates that law students with LSAT scores of under 150 are at a high risk of failing the bar exam.

So this week, we’d like to ask you: Do you think there should be an LSAT cutoff score for law school admission? If not, why not? If so, what should that score be and why?

Read the answers to last week’s question: Who would you like to see become the next Supreme Court justice?

Posted by Wonko the Sane: “How about Diane P. Wood? Sufficiently liberal, but seems to get along well with conservatives. University of Texas credentials as well, so Ted Cruz would be in an awkward position in opposing her.”