Doctor is convicted of felony for botched surgery; prosecutors said his hands were deadly weapons 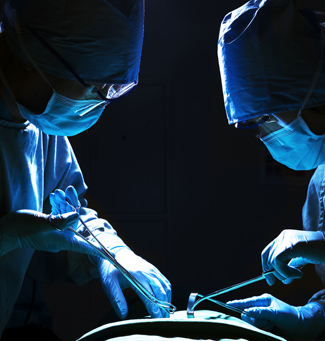 A Texas doctor who botched a spinal fusion operation was convicted on Tuesday on a felony charge of injury to an elderly person.

Jurors in Dallas County deliberated for about four hours before they convicted Christopher Duntsch for a 2012 surgery that left Mary Efurd, who was 74 at the time of the surgery, in pain and unable to walk, report the Washington Post, D Magazine, the Associated Press and the Dallas News. His sentencing hearing began on Wednesday.

A doctor who performed a second surgery on Efurd found that spinal fusion hardware had been left in her soft tissue, one of her nerve roots was severed, another nerve root had a screw in it, and multiple screw holes were on the wrong areas of Efurd’s spine.

Prosecutors had claimed Duntsch’s hands and surgical tools were “deadly weapons,” and he had “intentionally, knowingly and recklessly” harmed up to 15 of his patients, according to the AP story. He had performed surgeries at several hospitals in Dallas and Collin counties.

Duntsch was originally charged with five counts of aggravated assault, along with the charge of harming an elderly person, for a series of bad outcomes. Prosecutors decided to concentrate on the single charge, while introducing evidence about other bad surgeries, including ones that ended in paralysis, stroke and death. Defense lawyers objected to testimony about the other cases.

An expert witness called by the defense agreed with prosecution witnesses that Duntsch’s surgical techniques were poor. But he argued that the failure was due to a system that did not report bad outcomes, according to the D Magazine story. “This was a complete and utter failure of the entire system of checks and balances for patient safety,” said the expert, Dr. Carlos Bagley, director of the neurological surgery spine program at the University of Texas Southwestern Medical Center.