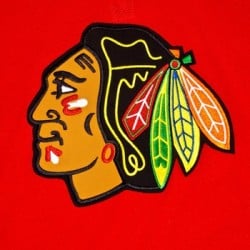 Chicago Blackhawks fans who are lucky enough to snag tickets for the Stanley Cup Finals at the Amalie Arena in Tampa will be barred from wearing team apparel if their seats are in exclusive club seating areas.

The policy, along with another restricting ticket purchases to credit cards associated with Florida zip codes, is raising hackles among Blackhawks fans. The ban on team apparel is also raising First Amendment issues, according to Florida International University law professor Howard Wasserman, who spoke with the Chicago Tribune.

Amalie Stadium is publicly owned and the First Amendment would apply to its actions, Wasserman said. He sees a potential problem if the ban on Blackhawks gear applied throughout the stadium.