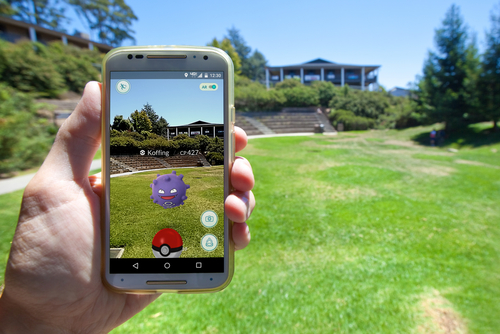 A Wisconsin county is fighting a First Amendment lawsuit that challenges its attempt to regulate augmented reality games like Pokémon Go.

In a May 31 motion, Milwaukee County says there is no court precedent giving First Amendment protection to augmented reality games and the suit by app developer Candy Lab should be tossed.

Candy Lab is challenging a county ordinance that requires augmented reality game makers to get a permit before the games can be played in public parks.

Candy Lab’s April 21 suit (PDF) says the Milwaukee County ordinance amounts to a prior restraint on its speech, is unconstitutionally vague, and restricts its speech on the basis of content. The Hollywood Reporter, the Associated Press, Courthouse News Service and the Register have stories.

Milwaukee County counters that “Texas Rope ’Em” isn’t entitled to First Amendment protection because it doesn’t convey any messages or ideas, the dismissal motion (PDF) says. The game “has no plot, no storylines, no characters and no dialogue,” the county argues.

Nor is there any federal court decision extending First Amendment protection to augmented reality games, the dismissal motion says.