Does six-pack count as one item at checkout? And did a state supreme court really decide the issue? 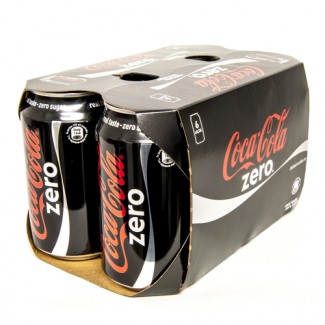 Does a six-pack of Diet Coke count as just one item in a supermarket checkout line that restricts users to 15 items or less?

Maniloff wrote about the case for his Open Mic column in his Coverage Opinions newsletter. The state supreme court, he said, looked to insurance cases that address the issue of “number of occurrences” in deciding that the soft drinks should be counted as six separate items.

“In a footnote,” Maniloff wrote in the column, “the court acknowledged that its new rule may be challenging to apply in the context of fruit. For example, if cherries are for sale individually, then cherry purchasers would effectively be prevented from ever using the Express Lane. However, noting the importance of judicial restraint, the court concluded that it would not address shopping scenarios that were not before it.”

After hearing from readers, Maniloff added a disclaimer explaining that some stories in Coverage Opinions aren’t true. The picture of a cartoon character doing stand-up on the Open Mic column should be a tip-off that something is just for laughs, Maniloff says in the disclaimer.

“But as the old saying goes,” Maniloff writes, “You can never be too rich or too thin or have too many disclaimers.”