Does Ted Cruz's Canadian birth bar him from presidency? 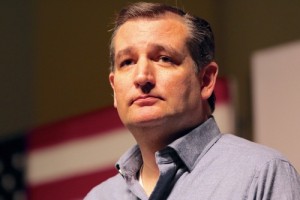 Ted Cruz was born in Canada to an American mother. Does the Constitution bar him from the presidency?

Donald Trump has raised the issue in their campaign for the GOP presidential nomination. According to Trump, questions about Cruz’s eligibility for office could become a “big problem” for Cruz. But many legal scholars disagree, report ABC News and the Associated Press.

The U.S. Supreme Court has never ruled on the meaning of the phrase. But Harvard law professor Laurence Tribe is among many scholars who say the better view is that a “natural born citizen” is anyone who was a U.S. citizen at birth and doesn’t need to be naturalized.

Katyal and Clement argue that British common law and enactments of the First Congress support the view that a natural born citizen is anyone who was a citizen at birth, no matter where the person was born.

Katyal and Clement say Cruz would have qualified as a natural born citizen under Congress’ early definition because his father, a Cuban, had been a resident of the United States. Cruz’s father became a U.S. citizen in 2005.

Catholic University law professor Sarah Helene Duggin told ABC she believes there is a scholarly consensus that Cruz would qualify as a natural born citizen, “but it’s not a done deal.”

Experts aren’t unanimous on the issue, Duggin said. “I don’t think it’s open and shut at all.”