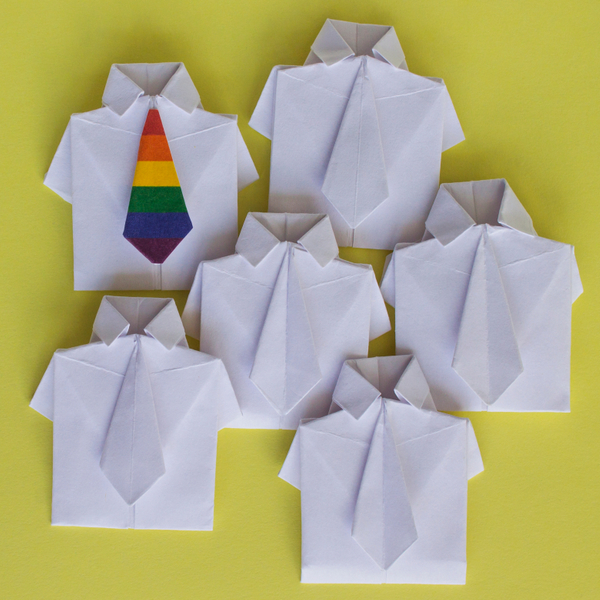 When Aimee Stephens was fired from a Michigan funeral home, the federal Equal Employment Opportunity Commission took up her case, arguing that her employer could not legally fire her for transitioning from living publicly as a man to living as a woman.

But when R.G. & G.R. Harris Funeral Home v. EEOC landed at the U.S. Supreme Court, the Office of the Solicitor General argued the opposite—that no federal law forbids employers from firing employees solely for being transgender. In a brief filed October 24, the office argued that the federal prohibition of sex discrimination does not apply to discrimination based on gender identity. No lawyers from the EEOC put their names on the brief, the National Law Journal noted; Stephens is represented by the ACLU.

Although it’s unusual for one federal agency to oppose another, the solicitor general’s position is consistent with positions taken by the Justice Department under Attorney General Jeff Sessions. The DOJ had previously supported the EEOC’s position, but in 2017, Sessions released a memo arguing that Title VII does not protect workers from discrimination based on gender identity. That memo came months after DOJ argued before the New York-based 2nd U.S. Circuit Court of Appeals that Title VII also doesn’t apply to discrimination based on sexual orientation.

In that case, Zarda v. Altitude Express, the 2nd Circuit ultimately ruled in favor of the plaintiff, a skydiving teacher who was fired after a customer complained that he was gay. That created a split with the 11th Circuit, which ruled that Title VIII did not protect a plaintiff who was fired for revealing his sexuality, in Bostock v. Clayton County Board of Commissioners. Both cases are pending before the Supreme Court. In the brief on Stephens’s case, Solicitor General Noel Francisco argues that the Court should wait to take it up until a ruling in Zarda, Bostock or both. If it denies review in the other cases, the government argues that it should also deny review in this case.

Stephens was hired at the funeral home when living as a man, but told her employer in 2013 that she intended to have sex reassignment surgery and live as a woman. After a vacation, she told her employer, she would return as a woman and dress according to the home’s dress code for women. Owner Thomas Rost fired Stephens. The DOJ’s brief says Rost is a Christian who sincerely believes God commands people to adhere to their biological sexes. The district court ultimately ruled for the funeral home under the Religious Freedom Restoration Act; the 6th U.S. Circuit Court of Appeals reversed, finding Title VII applied and RFRA did not offer an exemption.