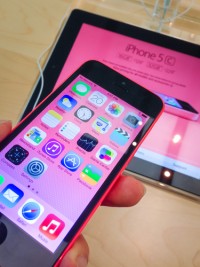 Saying that it has managed to unlock an encrypted Apple iPhone used by the San Bernardino shooter without the company’s help, the U.S. Department of Justice on Monday filed a motion seeking to vacate an earlier federal court order requiring Apple’s assistance with the project.

The brief filing averts a potential showdown between the feds and the computer Goliath in the hard-fought Riverside, California, case.

The phone provided to San Bernardino County government worker Syed Rizwan Farook by his employer may contain evidence of a mass shooting last year that left 14 people dead, authorities said. However, although San Bernardino cooperated with the FBI, the iPhone’s encryption initially stymied them.

It isn’t clear exactly how the feds bypassed encryption to get to the contents of Farook’s iPhone 5C, the San Jose Mercury News reports. However, it appears from the filing and prior media reports that an Israel-based security firm may have helped the FBI crack the encrypted password protections.

Apple did not immediately comment, the Associated Press says.