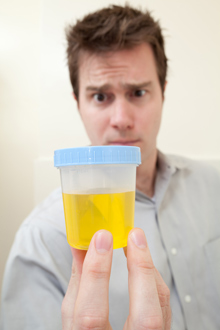 Should unemployment benefits be contingent on consenting to a drug test? Yes, in certain circumstances, say Texas lawmakers.

The state house passed Bill 21 Wednesday, Reuters reports. The bill had already passed in the Texas senate. If it becomes law, it will apply to unemployed Texans who worked in designated Department of Labor jobs that routinely require pre-employment drug screening.

Texas Gov. Rick Perry urged lawmakers to support mandatory drug testing as a requirement for welfare and unemployment benefits. The welfare portion was tabled earlier this week, after Democrats blocked it from meeting an initial vote deadline.

Jeremy Hutchinson, an Arkansas senator, sponsors the bill, the Associated Press reports. According to him, drug testing would help the state decided if individuals receiving unemployment benefits are actively looking for work.

“If you can’t pass a drug test, then you typically can’t get employed, and I would argue you’re not actively looking for employment,” he told lawmakers.