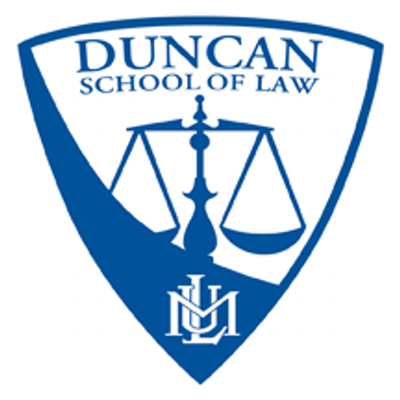 Duncan School of Law at Lincoln Memorial University in Knoxville, Tennessee, is “significantly out of compliance” with an accreditation standard requiring that schools admit candidates who appear capable of finishing law school and passing a bar exam, according to an April 5 letter released by the American Bar Association's Section of Legal Education and Admissions to the Bar.

According to the communication, the accreditation committee found that the Tennessee law school was not in compliance with Standards 501(a) and (b), which state that law schools should maintain “sound admissions policies and practices” and not admit candidates who seem like they won’t finish law school or pass a bar exam.

The communication also states that the committee found the law school to be out of compliance with Interpretations 501-1, 501-2 and 501-3. 501-1 deals with academic attrition and an incoming classes’ academic credentials, 501-2 focuses on admissions policies and practices and 501-3 states that a law school with a cumulative nontransfer attrition rate higher than 20 percent is not in compliance with Standard 501.

Out of its first-year class, Duncan’s nontransfer attrition percentage was 22.2 percent, according to its Standard 509 Information Report for 2017. The law school’s median LSAT score is 148, and its median undergraduate GPA is 3.08.

According to information released by the ABA in March, 20 people graduated from the law school in 2017, and the law school’s first-time bar passage rate for that year was 72.22 percent.

Gary Wade, the law school’s dean and vice president, told the ABA Journal that there were actually 17 graduates that year. The law school received provisional accreditation in 2014, according an ABA memo.

Wade told the ABA Journal that the school’s site study took place in March 2017, and he’s pleased that it was found in compliance with all of the rules except Standard 501. He notes that the nonacademic attrition requirement is a recent addition to the standard.

“Although our bar pass rates in prior years have met and exceeded the ABA standard, it is true that our attrition, which by the recent interpretation also includes students on a leave of absence, has been a source of concern. After the first semester this year, however, attrition, at 8 percent, would meet the standard. I do not anticipate there to be any substantial increase in that number in May,” he told the ABA Journal in an email.

Also, Wade wrote that the law school has adopted a policy to refund tuition to students found to be academically ineligible after the first semester if their LSAT scores or GPAs are in the class’s 25th quartile of admitted students.

“Although it is impossible to always predict student success based upon entering credentials, this, I believe, addresses the justified goal of the Department of Education and the ABA to encourage schools only to admit those most qualified to meet the criteria for admission to the practice of law,” he wrote.