Educating the community about judicial independence can help preserve it 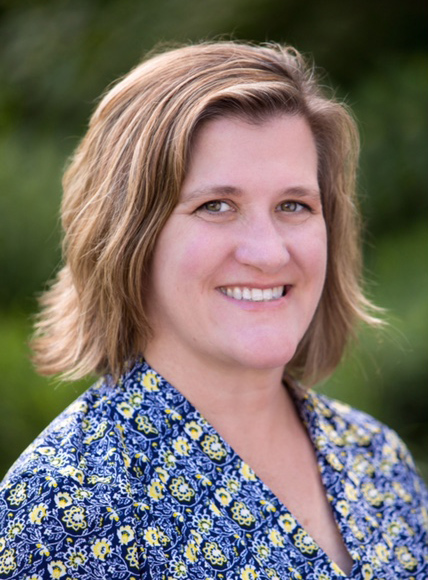 Community support for independent judiciaries is key to their continued development and existence. However, this support can be a challenge to build, given the political and social diversity of individuals and organizations whose lives are directly impacted by state court decisions. While the legal community has professional knowledge concerning attacks on judicial independence and their negative impact, the general public is often unaware of how crucial an independent court system is to their own lives.

The Piper Fund, an initiative of the Proteus Fund, is a donor collaborative that works to build a healthy democracy for all and includes a focus on judicial independence. The Piper Fund contracted Goodwin Simon Strategic Research to identify effective messages promoting judicial independence, with specific emphasis on state supreme courts. Focus groups consisting of people from four states, who were not members of the legal community, met for four days to discuss judicial independence. Initially, participants expressed low levels of concern or awareness about attacks against the courts. However, when provided with examples of real assaults against state judicial independence, they became extremely concerned and somewhat embarrassed that they were unaware of the attacks. This concern was expressed regardless of race, gender, or political persuasion.

This initial lack of concern or awareness extended beyond the focus groups. Based on our interactions with people across the country, the Piper Fund has learned that some of the greatest barriers to community engagement and action to protect judicial independence are a lack of understanding about the judiciary’s role and the impact of the attacks on the average person, as well as the unequal treatment of minority groups by the courts. The latter case creates an understandable impediment; it is unrealistic to expect someone to be concerned about the integrity of a system they identify as harmful to themselves or their community.

Despite these barriers, there are examples of communities coming together and successfully advocating for judicial independence. One such example is Kansans for Fair Courts (KFFC), a coalition of legal and community-based groups initially created by Kansas Values Institute in response to attacks against judicial independence.

Beginning in 2013, Kansas Gov. Sam Brownback worked with allies in the state legislature, introducing over 50 bills designed to curtail the independence of the state judiciary. Kansas became ground zero for court attacks when, in 2015, the legislature passed House Bill 2338 revoking the state Supreme Court’s administrative oversight of lower courts, and HB 2005, which stipulated that the entire judicial branch would lose funding if the Kansas Supreme Court found the first bill unconstitutional. Thanks to the work of KFFC, the ruling was stayed and 2016 began with the state legislature passing a bill that reversed this legislation.

It should be noted that all these attacks on the courts began when the high court found that the legislature had failed to adequately fund Kansas schools, as required under the state’s constitution.

Working with its judicial independence partners throughout the state, KFFC was successful in bringing a large and diverse coalition together to ensure that these attacks failed. To be effective, the group connected to a specific issue—school funding—and highlighted its relation and importance to every community in Kansas. Additionally, KFFC worked on framing school funding as a nonpartisan issue, and actively worked to engage members of the conservative and progressive communities in the protection of the courts. KFFC also hosted community forums, performed media outreach, and coordinated a communications strategy to ensure lawmakers heard from those who would be most directly affected by the proposed legislative changes.

Kansas is just one example of a successful response from a group led by a nonlegal organization, and the number of judicial independence groups emerging across the country is growing. These groups fall into two distinct categories: Those that form because of an imminent attack against judicial independence, and those that begin with community-level conversations, with the goal of having community leaders learn and share their experience with state courts and discuss possible methods to positively improve judicial independence. In both instances, the collaboration, exchange and dissemination of information between grassroots organizations and legal professionals is often essential for the initiative’s success. While the groups in Kansas and other states have demonstrated this mix is important to executing a winning strategy, recent testing has confirmed that there isn’t one specific type of messenger that best resonates with the public in connection to judicial independence. A mix of messengers, including attorneys, teachers, retired judges, or others who represent differing perspectives and backgrounds, is key to gaining the public’s trust and support.

While we are living in times where issues are quickly labeled as partisan, Piper has also learned that many concepts and phrases resonate with progressive and conservative audiences—making judicial independence unique in its nonpartisan appeal. For example, the concept of the government as a three-legged stool—where each branch represents a separate leg—strongly connected with individuals regardless of their ideology. Furthermore, when participants were asked to write what they felt was crucial to how the federal government has been structured since the United States was first founded, the phrase that was most used—across the political spectrum—was “checks and balances”. This key concept is one of the cornerstones of our Republic. At a time when our nation is especially divided, we can be reassured that most Americans truly value the place of independent courts as a balancing force, and can be both motivated and activated to work in their defense.

Kathy Bonnifield is the Program Officer for Judicial Independence at the Piper Fund. She previously served at The McKnight Foundation and as the Executive Director of Citizens for Election Integrity Minnesota. She has served on numerous election observation missions with the Organization for Security and Cooperation in Europe.