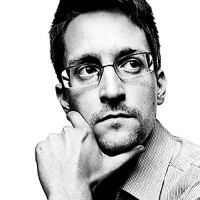 Edward Snowden is a wanted man in the U.S., following his disclosure of confidential government documents he obtained while working for the National Security Agency.

However, that didn’t prevent Snowden from setting up a Twitter account, where he quickly gained more followers than the NSA, reports the Los Angeles Times (sub. req.).

Under Twitter’s terms of service, the social media site is not to be used “for any unlawful purposes or in furtherance of illegal activities,” but apparently contains no prohibition against a fugitive maintaining an account, according to the newspaper.

“Hero, traitor—I’m just a citizen with a voice,” said Snowden in one tweet.

The former intelligence contractor is following only the NSA’s Twitter account. However, his own followers quickly surpassed 1 million, the Christian Science Monitor (reg. req.) reports.

At least one prominent politician—Republican presidential candidate and former New York Gov. George Pataki—has called for Twitter to ban Snowden’s account, calling him “a traitor who put Americans at risk, hides in Russia and belongs behind bars,” CNN reports.

The Associated Press, the BBC News, CBC News and the New York Times (reg. req.) also have stories about Snowden, who is admired by some for disclosing the extent of U.S. phone surveillance.

ABAJournal.com: “Snowden gets 3-year residency permit, is on track for Russian citizenship”