Elderly man who picked dandelions for food gets $75 ticket 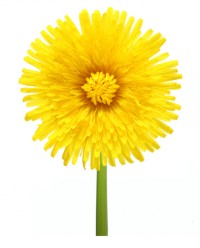 Most agree, dandelions are a notorious weed. But some recognize that dandelion greens can contribute to a tasty and nutritious meal.

Among the fans of the food is John Taris, a 75-year-old retiree who lives in the Chicago area with his wife on a $1,500-a-month social security payment. When the couple’s food supply was a bit low recently, he volunteered to go pick some to provide a vegetable, writes columnist John Kass in the Chicago Tribune (sub. req.).

But, caught in the act of picking the weeds by a Cook County Forest Preserve cop, he was issued a $75 ticket. His court date is July 9.

A spokeswoman for the forest preserve district noted that foraging is prohibited there and called the practice “unsustainable, especially when it’s done for commercial purposes,” the article reports.

“Quite simply, we could see some of these plants disappear over time,” said spokeswoman Karen Vaughan. “It can also have negative impacts on the natural plant and animal communities we’re trying to preserve for the public.”

While dandelions are not native to Illinois or particularly valued species, some native plants resemble dandelions and could be mistaken for them, Vaughan said.