Elon Law to cut total tuition by nearly $14K and offer law degree in 2.5 years for all 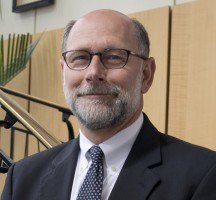 Elon University School of Law has announced the creation of a new curriculum that represents what the school is calling a groundbreaking new model for legal education.

It will also be the first to require that all students participate in a full-time, faculty-directed residency in the practice of law and the first to offer all first-year students a lab experience with practicing attorneys, Bierman says.

The program will also operate on a seven-trimester (or 2½-year) schedule, which will allow students to graduate in December, take the bar exam in February and begin practicing in the spring.

The school will also lower its tuition, which now totals about $114,000 over three years, by about $14,000 for the entire program of study, and guarantee that the cost won’t go up for the class of 2015.

“What we’ve essentially done with this program is reverse-engineer the traditional model of legal education,” Bierman says.

Considering the gap that now exists between traditional law schools and the skill sets demanded in a modern legal practice, he says, now is not the time for incremental change in legal education.

“This bold new model will ensure that our students graduate with the knowledge, skills, professionalism and practical experience they need to become lawyer-leaders in this new era of law.”

James R. Silkenat, immediate-past president of the ABA, commended the school for aligning its new curriculum so closely with the recommendations of the ABA Task Force on the Future of Legal Education

“Full-time residencies-in-practice and leadership training are precisely the kinds of creative innovations we need from American law schools,” he said. “Elon’s programs will be attractive to law students while such students prepare to be relevant and helpful lawyers in the 21st century.”