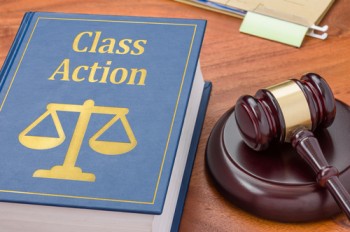 Updated: Three people who witnessed the mass shooting earlier this month at a Las Vegas music festival have filed a would-be class action lawsuit against the makers and sellers of "bump stocks," the device used by the gunman to accelerate gunfire from his semi-automatic weapon.

A defendant is Slide Fire Solutions, which manufactures bump stocks and told the federal Bureau of Alcohol, Tobacco, Firearms and Explosives that they were intended to help people with limited hand mobility. The company apparently did not limit its marketing to this group of consumers, however, the suit says.

Stephen Paddock used a bump stock when he opened fire on the festival from his 32nd-floor hotel room, killing 58 people and wounding 489 others. Paddock was found dead of an apparent suicide. Some top Republicans in Congress and leaders of the National Rifle Association have said they would support additional regulation for the devices.

Fully automatic machine guns aren’t readily available to the public as a result of a law passed in 1986, according to the press release announcing the lawsuit. ATF found in 2010 that bump stocks aren’t regulated under the law because they are a firearm part, rather than a firearm, the Washington Post reports.

The letter (PDF) said the device “has no automatically functioning mechanical parts or springs” and requires constant pressure when used.

The suit was filed by Las Vegas law firm Eglet Prince, and a lawyer for the Brady Center to Prevent Gun Violence. Claims include negligence, infliction of emotional distress, products liability and public nuisance.

The suit seeks a court-supervised psychological monitoring program for the class plaintiffs, paid for by the defendants, as well as punitive damages.

Updated on Oct. 11 to include link to ABA Legal Fact Check article and information on the ATF finding on bump stocks.