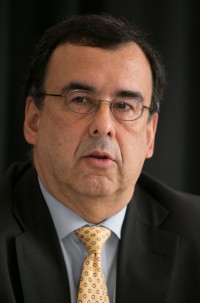 Immigration detainees face an uphill battle to avoid deportation, and oftentimes they have to face government lawyers without representation of their own.

A Saturday panel that took place during the ABA Annual Meeting explored some of the reasons why so many immigrants are forced to go pro se, and spoke of new programs, initiatives and policies that could alleviate this issue. Amid the backdrop of the escalating border crisis, the panelists—Chief Judge for the U.S. Court of Appeals for the Second Circuit Robert Katzmann, U.S. Department of Justice director of the Executive Office for Immigration Review Juan Osuna, and in-house immigration counsel to the Alameda County Public Defender Office Raha Jorjani with Al Jazeera America reporter Ray Suarez moderating—agreed that providing immigrant detainees with counsel benefits the system as a whole and encouraged the ABA, as well as the immigration bar, to prioritize the representation of detainees.

“We know that you are many times more likely to be deported if you have no counsel,” Suarez said. “We know that the conditions under which you are held, the likelihood of access to outside help, and the reception of your petition gets variable treatment from sector to sector and courtroom to courtroom. [I know that lawyers] raise an eyebrow at caprice like this.” 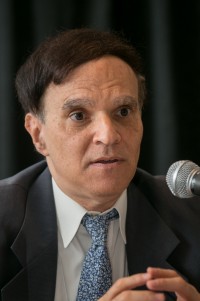 “In case after case, I could see the carnage that results when families and individuals don’t have adequate counsel,” Katzmann said. “I always had a sense that if there had been a good lawyer involved from the beginning, then the outcome might have been different, and the family might not have been torn asunder.”

Jorjani, meanwhile, pointed out some key differences in immigration proceedings that put detainees at an even greater disadvantage. For instance, in immigration proceedings, there is limited discovery, mandatory detention and no speedy trial or statute of limitations provisions. “You get a translator, but the documents are written in English,” she said. “So you might not even be able to mount an effective defense.”

The representation deficit could be exacerbated by the recent border crisis. Osuna stated that, pursuant to President Barack Obama’s wishes, the DOJ and the courts will prioritize the cases of the people at the border. “Up until now, the number-one priority had been those individuals who were detained, due to the liberty interests involved,” Osuna said. “Now that priority remains, but we’ve added the cases involving the unaccompanied children and adults with family members that have been coming across the border. These cases will go to the front of the line.”

Osuna said that the initial master calendar hearings will be faster, and the hope is that they will take place within 21 days of detention. The influx of cases will only increase the need for effective counsel, he noted. “It’s not just good for the people appearing before the courts to have counsel, it’s good for the system,” Osuna said. “Any judge will tell you they’d much rather have a lawyer involved from beginning of a case so it can move forward in an efficient and effective manner.” 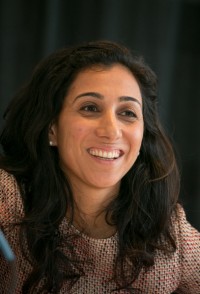 The panelists also discussed initiatives and proposals to alleviate the representation deficit. In June, Osuna said, the DOJ announced a joint effort with AmeriCorps to enroll 100 lawyers and paralegals to provide legal services for children who have crossed the border without a parent or guardian. Katzmann pointed to a recent New York City Council appropriations measure that created the first fully government-funded program to provide lawyers for anyone who is detained.

Katzmann also cited the Immigrant Justice Corps, the initiative he launched in January to train young lawyers in immigration law and send them to work for nonprofit organizations. “We’re starting with 25 lawyers, but we hope to have 75 within three years,” he said.

Jorjani, meanwhile, says she hopes that more public defender offices throughout the country do what her office did and hire immigration counsel to work in tandem with criminal defense attorneys. “I think it’s really offensive to [public defenders’] sense of justice to see their clients have to then defend themselves, by themselves,” Jorjani said. “So there could be no better group to go to and say: ‘Hey look, these are our same clients, the same people you just represented, and now they’re going to be subject to another legal system where this criminal conviction will come into play.’”