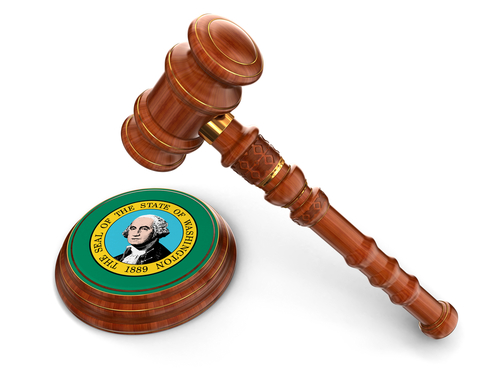 A suspended lawyer in Renton, Washington, who once sued two other attorneys for defamation is accused of stabbing one of the lawsuit defendants in the back last month.

The Seattle Times has the story about the accusations against Lee Rousso, who was charged with first-degree assault Jan. 12. According to a charging document cited by the newspaper, Rousso allegedly stabbed the 64-year-old lawyer after nursing a yearslong grudge against him and six others whom Rousso called the “bar card lynch mob.”

The targeted lawyer had once accused Rousso of providing ineffective assistance of counsel, which led to the defamation suit that was later dismissed.

The stabbed lawyer was wearing a backpack, which likely protected him from more serious injuries during the Dec. 13 attack outside his house, according to the charging papers. He saw a blue car drive away and got the first three letters of the car’s license plate. A knife was found on the ground.

The victim told police that he suspected that Rousso was his attacker, according to the charges cited by the Seattle Times.

Another lawyer-defendant in the defamation suit told police that she had also seen a suspicious blue car parked outside her home.

Rousso had self-published a book in 2021 in which he claimed that the seven lawyers and judges had wronged him.

“His rage covers all seven but is primarily focused on the victim in this case,” the charging document said.

Rousso said in the book he thought that he could get away with murder if he killed the targeted lawyer, the Seattle Times reports, citing information in the charging document.

The charging papers said Rousso’s life spiraled downhill as he closed his law practice and sold his home. He appears to be unemployed and has “crossed the line from fantasy to reality,” the document alleged.