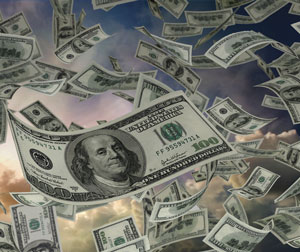 A former Rivkin Radler partner who marketed himself as the nation’s leading lottery lawyer was convicted Tuesday for defrauding his winning clients.

Reuters, the New York Daily News and Law.com also have stories on the verdict.

Kurland helped lottery winners manage their winnings. But prosecutors alleged that he persuaded his lottery clients to invest in businesses in which he secretly had an ownership stake and then took kickbacks based on the investments.

The defense had argued that Kurland’s business partners set him up as the fall guy, according to Law.com. Kurland “was not in a conspiracy with these guys,” said lawyer Telemachus Kasulis in closing statements. “They were in a conspiracy against him.”

At the time of the initial indictment in 2020, prosecutors said Kurland invested $107 million for three lottery winners, more than $80 million of which was stolen or lost. A superseding indictment was issued in May 2022, according to previous Law360 coverage.

U.S. Attorney Damian Williams of the Southern District of New York issued a statement July 26 after the verdict that said the investment scheme caused losses of more than $100 million.

ABA Journal: “Some windfall winners need a lawyer to protect them from themselves”