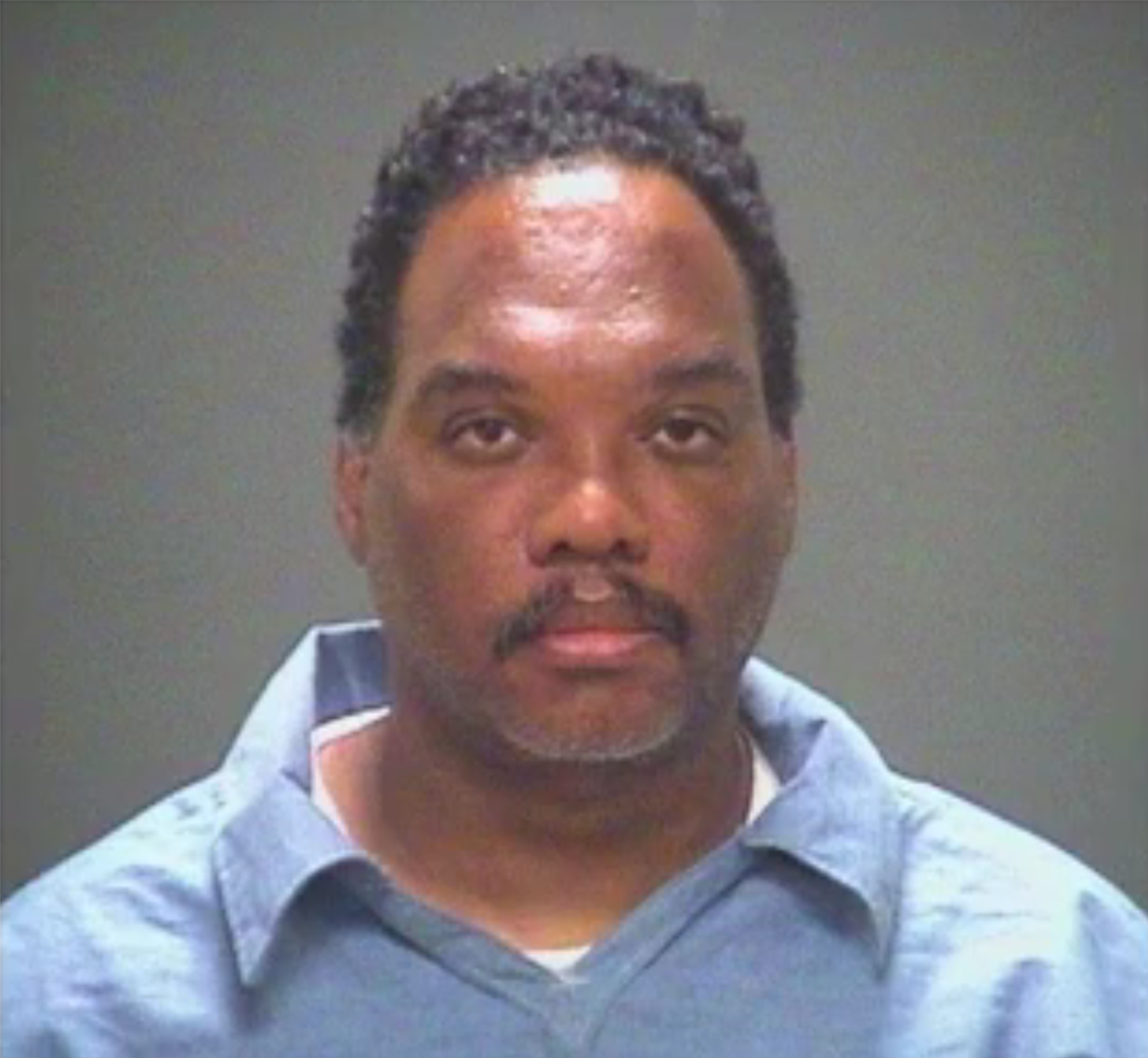 A former Ohio judge who served nine months in prison for beating his wife so severely that she needed reconstructive surgery is now a suspect in her fatal stabbing.

Lance Mason, a former judge in Cuyahoga County, was arrested Saturday in the fatal stabbing of Aisha Fraser Mason, a Shaker Heights school teacher whose divorce from Mason was still pending, Cleveland.com reports. Cleveland 19 and NBC4i also have stories.

Sources alleged that Mason’s car struck a Shaker Heights police car when he was fleeing from his home. Mason and the officer were taken to the hospital, according to another story by Cleveland.com.

Mason had been sentenced to two years in prison after pleading guilty in August 2015 to felonious assault and domestic violence in the assault of his wife a year earlier. He was accused of punching his wife 20 times and slamming her head against the dashboard of their car; their two children were in the back seat. Mason was suspended from practicing law soon after the guilty plea, and he resigned his judgeship in September 2015.

After his sentencing, county prosecutor Timothy McGinty said in a written statement that the conviction was not cause for celebration. Mason “was a good judge and a friend, but he owes society this time,” McGinty said. “I am confident he will leave prison rehabilitated and will again be an asset to our community.”

Mason apologized in a letter and was granted judicial release after serving nine months of the sentence.

When police arrested Mason in the 2014 assault, they found smoke grenades, semi-automatic rifles and more than 2,500 rounds of ammunition in his home, according to Cleveland.com. His wife later obtained a $150,000 judgment against him in a civil suit.

Mason, a University of Michigan law grad, had worked as a prosecutor, a congressional aide and an Ohio state legislator before his appointment in 2008 to fill a vacant judgeship. He was hired as the minority business development director for the city of Cleveland in August 2017.

In December 2017, Mason was suspended indefinitely from law practice, Cleveland.com reported at the time. The Ohio Supreme Court had rejected a recommended punishment of disbarment, reasoning that his crime didn’t involve dishonesty, abuse of his judicial office, premeditation or a pattern of bad behavior.

Mason was fired from his job with the city of Cleveland on Saturday.

The Masons’ daughters are 11 and 8, according to another story by Cleveland.com.

ABAJournal.com: “Judge accused of punching, choking and biting his wife is indicted and put on leave”

ABAJournal.com: “Former judge ‘ready to be punished’ gets 2 years in domestic violence case”

Law firms must do more effective damage control to survive