Ex-lawyer is convicted in wife's 1973 murder; his disbarment had connection to unsolved slaying 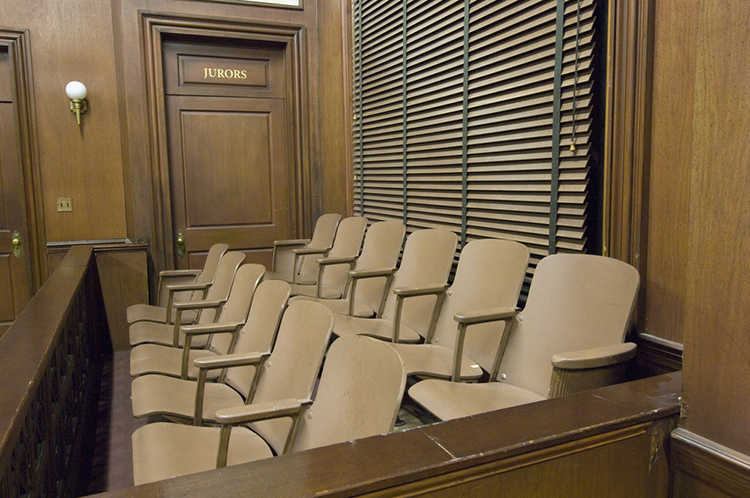 A disbarred suburban Chicago lawyer accused of staging a car crash to cover up the slaying of his wife in 1973 was convicted of first-degree murder on Monday.

Rudd had been living with a different woman, Dianne Hart, when he suddenly announced he was marrying Rudd the next day, according to testimony by Dianne Hart’s daughter, Lori Hart. Noreen Rudd died less than a month later, and Rudd quickly returned to Dianne Hart, Lori Hart said. Dianne Hart married Rudd a few months later; she died of breast cancer in 1996.

Lori Hart and her sister wrote a self-published memoir about their life growing up with Rudd called Living with the Devil, the Chicago Tribune reported in July 2016.

Rudd collected $120,000 from life insurance policies after the death of Noreen Rudd. Prosecutors contended he killed his wife and staged a car crash on a secluded road in suburban Barrington Hills because he wanted the money to support his life with Dianne Hart. Three pathologists testified for the prosecution, including one who conducted an autopsy. They said they believed Noreen Rudd died from being struck in the head with a blunt object, and her injuries were inconsistent with being thrown from a car in a crash.

A medical expert for the defense said Noreen Rudd appeared to die from “internal decapitation” caused by the car crash, a finding in accord with the conclusion of an emergency room doctor.

A police investigator in suburban Arlington Heights told the Tribune that he received court permission to exhume Noreen Rudd’s body after seeing notes about her death in the case file of another slain woman, Loretta Tabak-Bodtke, an interior designer. Tabak-Bodtke had threatened to report Donnie Rudd to attorney ethics regulators before her shooting death in 1991. Rudd has not been charged in that case.

Rudd was disbarred by consent in 1994. According to a statement of charges, Tabak-Bodtke had alleged that Rudd misrepresented the status of a lawsuit he had filed on her behalf in a dispute related to dissolution of a corporation. Rudd had wrongly said Tabak-Bodtke won the case, the judgment was upheld on appeal, and he had settlement funds, according to the statement. The statement also noted that Rudd had asserted his Fifth Amendment rights in an ongoing criminal investigation “concerning certain facts and events related to Tabak-Bodtke.”

The statement of charges also accused Rudd of misrepresenting the status and success of court cases for clients who bought condos in a development that was never completed, failed to explain a bad settlement deal to a client he represented in a contract dispute with a company that dissolved, and lied about filing a new condo declaration for a condo association.

Lawyers for the company that dissolved had drafted a settlement agreement that provided a $40,000 judgment for Rudd’s client—which could be collected only if the company was a duly registered corporation at the time of the judgment. Rudd was aware of the company’s dissolution, according to the statement of charges.

The settlement agreement also said the corporate veil could not be pierced and Rudd’s client would not be able to pursue individual defendants. Rudd allegedly presented the agreement to his client for a signature and told him he had won the lawsuit, without any warning about the likelihood of collection. Later, Rudd agreed to pay the client $25,000 in exchange for assigning Rudd his interest in the judgment. Rudd had tendered the client about $4,000 before filing for bankruptcy, according to the statement of facts.