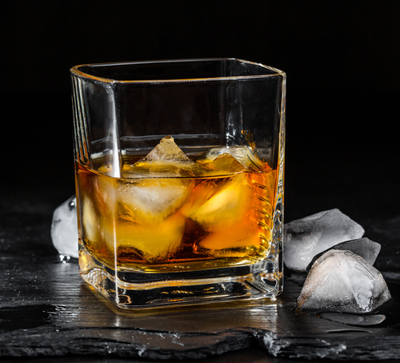 A former partner at Wilson Elser Moskowitz Edelman & Dicker says the law firm failed to support him when he needed treatment for alcohol abuse, and fired him when he tried to deposit firm funds into his personal account while in a “drunken stupor.”

Former partner Kym Cushing wrote a May 12 demand letter to the law firm seeking $5 million in compensation for alleged age and disability discrimination and retaliation, according to the New York Law Journal. The law firm rejected the request and sought arbitration of the dispute, according to documents obtained by the publication.

The demand letter says Cushing was one of the most profitable partners at Wilson Elser’s Las Vegas office, according to the New York Law Journal. But the stress of being a “go-to attorney” for problem cases led to alcohol dependency that was exacerbated by an incurable illness, the letter said. Cushing told firm leaders about his declining physical and mental health, but nothing was done, the letter said.

Cushing learned in early 2018 that his salary would be cut by one-third and he wouldn’t receive an anticipated $250,000 year-end distribution. Cushing panicked and stayed intoxicated for more than a month, beginning in early January. While in his “drunken stupor,” Cushing wrote three checks totaling $7,200 from the firm’s operations account and tried to deposit them into his personal account, the letter said.

Cushing told the firm of his alcohol dependency, and was told he could resign or be fired, according to the demand letter. The law firm reported the attempted theft of funds to the Nevada bar and contacted Cushing’s next employer, Lewis Brisbois Bisgaard & Smith, which led to his firing there. Cushing claims Wilson Elser also contacted Cushing’s clients, providing confidential and “outright misleading information.”

The Nevada Supreme Court rejected the bar’s emergency petition for a temporary suspension, but imposed conditions on Cushing’s practice. Among the restrictions: Cushing can’t access employer funds or client property, must have random drug and alcohol testing, and must disclose the circumstances of the bar matter to employers.

The bar continues to seek Cushing’s suspension. Documents in the case allege that Cushing first tried to explain the attempted deposit with “an elaborate story about a fictitious expert witness.” When that turned out to be untrue, Cushing said he tried to take the money to cover gambling losses and he had a serious alcohol problem.

Cushing told the New York Law Journal there are factual errors in the bar complaint, and statements and conduct were taken out of context. He alleged that Wilson Elser is trying to destroy his legal career.

Wilson Elser said in a statement to the New York Law Journal that Cushing’s allegations about the firm “are entirely false and baseless” and it expects to prevail in arbitration. The firm had an obligation to report the matter to the state bar, which conducted its own independent investigation, the statement said. The firm said it works with individuals who have drug or alcohol issues and often refers them for treatment.