Execution transcript shows inmate asked, 'Is it supposed to feel like that?' after drug flowed 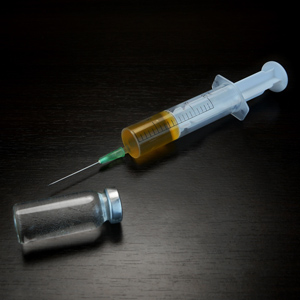 The Death Penalty Information Center is calling for the release of more information on the drug used to execute a South Dakota inmate whose last words were, “Is it supposed to feel like that?”

The state released a transcript Tuesday of the words spoken during the Oct. 29 execution of Rodney Berget, who was convicted of killing a corrections officer while trying to escape from prison, report the Argus Leader and the Associated Press. Berget was killed with an injection of pentobarbital.

Berget’s lawyers had claimed he had an intellectual disability that exempted him from execution, according to prior coverage by the Argus Leader.

One of Berget’s lawyers, Jeff Larson, told AP that the Oct. 29 execution was yet another violent act in the “vile” death penalty process.

Robert Dunham, executive director of the Death Penalty Information Center, said it’s possible that Berget’s remark was merely expressing surprise. But he also said Berget’s remark is consistent with that of prisoners executed with drugs that were outdated or impure.

The execution took place after a six-hour delay caused by a motion filed with the U.S. Supreme Court. Berget at first joked that he was sorry for the delay, and that he got caught in traffic. Then he thanked people who were there for him.

After the drug began to flow, Berget said, “Is it supposed to feel like that?” Then he groaned, said “aah” and began to breath heavily and snore.

Berget’s brother, Roger Berget, also was sentenced to death for an Oklahoma City murder and carjacking in 1986. He was executed in 2000.