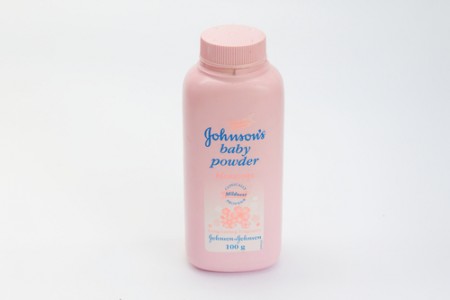 Updated: Johnson & Johnson executives raised concerns about the possibility of asbestos in talc used to produce its baby powder as early as 1971.

Corporate documents reveal that executives tried to discredit research showing the possibility of asbestos contamination in small amounts, even as the company considered replacing talc, the New York Times reports. The company also urged the Food and Drug Administration to block release of an unfavorable test, according to a memo obtained by the Times.

According to the newspaper, the executives’ efforts “are now forming the crux of a new legal front in a long-running battle over Johnson’s baby powder, potentially leaving the company exposed in nearly 12,000 lawsuits across the country claiming that the product can cause cancer.”

The Times obtained its information from documents revealed by litigation, public records requests, and interviews with scientists and lawyers.

The New York Times story follows a Reuters story on the documents published on Dec. 14. “From at least 1971 to the early 2000s, the company’s raw talc and finished powders sometimes tested positive for small amounts of asbestos,” according to Reuters’ summary of the information. “Company executives, mine managers, scientists, doctors and lawyers fretted over the problem and how to address it while failing to disclose it to regulators or the public.”

The FDA test, conducted by New York University chemist Seymour Lewin in the early 1970s, had found asbestos in more than half of 11 samples of Johnson’s baby powders that had been tested, according to a doctoral candidate who worked with Lewin. After Johnson & Johnson hired its own scientist to inspect the test materials, Lewin issued a final report that said most of the samples did not contain asbestos and that two results were inconclusive.

The doctoral candidate, Aviam Elkies, told the Times that Johnson & Johnson had funded his work, but it revoked his scholarship after it learned of the results. A lawyer for the company, Orrick, Herrington & Sutcliffe partner Peter Bicks, told the Times that Elkies tested talc from mines that weren’t used by Johnson & Johnson, and the company wasn’t aware of any evidence supporting his claim of a scholarship.

The FDA tested 34 talc samples in 2009, including a bottle of Johnson & Johnson’s baby powder, and found no asbestos, according to Reuters.

The company lost three cases this year, including a suit blaming the powder for ovarian cancer in 22 women. Jurors awarded nearly $4.7 billion. The company has filed appeals in all three cases.

Johnson & Johnson has said plaintiffs’ claims are based on “junk science,” and multiple tests have shown there is no asbestos in its baby powder. Plaintiffs’ lawyers are distorting historical documents and creating confusion in the courtroom, the company said in a statement.

Story updated on Dec. 19 to report that a judge refused to reverse the $4.69 billion award.