Experts say AI isn't replacing lawyers, but it can make them more efficient 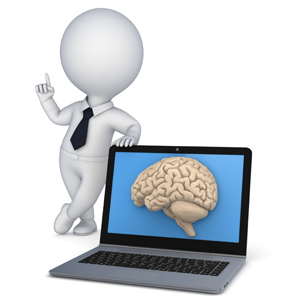 For better or for worse, human lawyers aren’t going anywhere, according to an article from the New York Times.

Lawyers are using artificial intelligence tools for automating tasks, such as contract review and sorting through electronic discovery documents, according to the article. But higher level tasks, especially those that require experience, will take a while, lawyers and other experts told the newspaper.

Professor Dana Remus of the University of North Carolina School of Law and labor economist Frank Levy of the Massachusetts Institute of Technology published a paper on the automation of legal work in 2016 and concluded that although the automation of legal tasks reduces the amount of work lawyers must do, it’s not enough to put lawyers out of business. Their paper said that if large law firms adopt new legal technology immediately, those lawyers would lose 13 percent of their current work hours. But the authors said it’s more realistic to assume that this would happen over five years, which would result in closer to a 2.5 percent reduction in hours per year.

Furthermore, the authors said, large law firms already have largely automated or outsourced document review, and lawyers at those firms now spend only about 4 percent of their time on that task. Ben Allgrove, a partner at Baker McKenzie, said firms are using AI mostly in that kind of task—searching for relevant information in e-discovery, contract review and databases of precedent. Allgrove’s firm is tracking emerging legal technology; another large law firm, Dentons, spun off a venture capital organization in 2015 to track and fund promising technology.

That’s in keeping with demands from large clients, who already are declining to pay for the time of interns and the lowest level associates. However, humans are still needed, the newspaper said, for tasks that can’t competently be done by a machine with current technology. Legal tech startup Ross Intelligence provides a semi-automated memo-writing service, the newspaper said. But it takes a day to get the memo because humans must take a computer program’s output and rewrite it.

Patent attorney James Yoon of Wilson Sonsini Goodrich & Rosati in Palo Alto, California, said clients are willing to pay for his expertise when the work involves strategy, creativity, judgment and empathy. But technology has slimmed down his support team. A big patent lawsuit needs less human labor these days, he said, because some tasks have been automated.

“What clients don’t want to pay for is any routine work,” he said. “The trouble is that technology makes more and more work routine.”