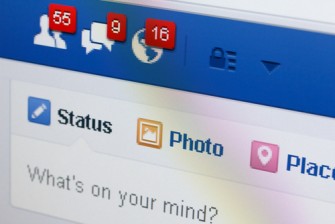 State law in New York bars taking photographs in a courthouse without permission, but that didn’t deter some lawyers on Facebook from apparently posting unflattering photos of people in Queens family court along with snarky commentary about their attire.

Four government lawyers allegedly posted the photos or added commentary, and at least three of them are facing disciplinary action by their employer, the New York Times reports.

One of the photos showed an obese woman with an emoji covering her face. Another showed a woman in a pink short set with the caption, “Bra tops n butt cheeks! Somebody come look at this!!”

Another photo of the woman in the short set, taken from behind, had the caption, “From the back! I took it for you!” A commenter added, “Good work!!!!”

The posters or commenters are allegedly three lawyers who worked for New York City’s child welfare agency, called the Administration for Children’s Services, and one lawyer who worked for the Legal Aid Society.

The child welfare lawyers have been served with internal disciplinary charges of misconduct, and two of them have been removed from supervisory roles during an investigation, a spokeswoman told the Times. A spokesperson for the Legal Aid Society said appropriate action has been taken against the fourth lawyer, but did not provide specifics.

Davis Hansell, the commissioner of the Administration for Children’s Services, said he was “appalled” by the Facebook posts.

“It’s completely inconsistent with our agency culture and expectations and our expectation that we treat every family humanely and decently,” he told the Times.