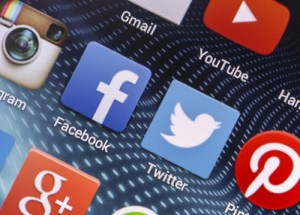 Families of three men shot and killed in June at the Pulse gay nightclub in Orlando, Florida, have sued Twitter, Google and Facebook, claiming that the companies—Google by way of YouTube—allowed terrorist groups to spread propaganda, fundraise and attract new members.

Officials said that Omar Mateen, the 29-year-old gunman, pledged his allegiance with the Islamic State before being fatally shot by officers, Reuters reports.

Website operators in the United States are protected by Section 230 of the Communications Decency Act, which states they are not liable for content posted by third parties. The complaint, filed in federal court in Detroit, alleges the defendants created unique content by pairing ISIS postings with targeted advertising. It also alleges that the companies get advertising revenue from ISIS content.

Techdirt posted a copy of the complaint (PDF), filed Dec. 19.

Twitter declined to comment about the lawsuit, according to Reuters, and Google could not be immediately reached.

Facebook said in a statement: “We are committed to providing a service where people feel safe when using Facebook. We sympathize with the victims and their families.”

The article notes that Facebook, Reuters, Google and Microsoft Corp. recently agreed to work together to remove extremist content and would share information with each other.