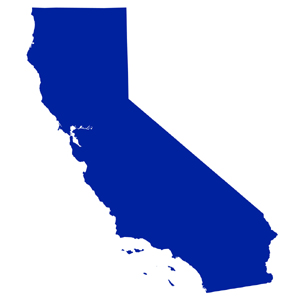 Families of three victims of the San Bernardino, California, terrorist attack filed a lawsuit Wednesday that claims that Facebook, Twitter and Google’s YouTube allowed ISIS to use its platforms to promote terrorism.

Without the social media defendants, “the explosive growth of ISIS over the last few years into the most feared terrorist group in the world would not have been possible,” the suit said.

The complaint was filed by relatives of Sierra Clayborn, Tin Nguyen and Nicholas Thalasinos, who were among 14 people killed by Tashfeen Malik and Syed Rizwan Farook in the December 2015 attack. The suit seeks damages for aiding and abetting terrorism, wrongful death, infliction of emotional distress, and providing material support to terrorists.

The defendants benefit from ads on ISIS postings and share revenue with the terrorist group, the suit said.

Lawyers in the case have filed similar suits against social media on behalf of victims of the Pulse nightclub attack in Orlando, Florida, and the father of a college student killed in a Paris terrorist attack, according to the Los Angeles Times.

The Pulse defendants claimed in court papers that the suit relies on speculative links between the Orlando gunman’s radicalization and social media. According to the defendants, acceptance of the suit’s theory “would have staggering consequences, exposing every online platform to possible liability for terrorist violence anywhere in the world, at any time, simply because terrorists who committed the attack may have been loosely affiliated with some of the platforms’ billions of users.”

Another hurdle for the San Bernardino plaintiffs is the Communications Decency Act, which protects providers of interactive computer services from liability for content created by third parties. A federal judge ruled last August that the law protects Twitter from liability for ISIS tweets said to have inspired a gunman who killed two U.S. law enforcement contractors in Jordan.

One of the lawyers representing the San Bernardino families, Keith Altman, told the Huffington Post that he hopes to spur action by the tech companies. The aim, he said, is “no more funerals.”

Facebook told several publications in a statement that it sympathizes with the victims and the families. “There is no place on Facebook for groups that engage in terrorist activity or for content that expresses support for such activity, and we take swift action to remove this content when it’s reported to us,” the statement said.

Twitter directed ABC to its online rules that ban promotion of terrorism and to a report that said more than 375,000 accounts were suspended for violating the rule within a six-month period.