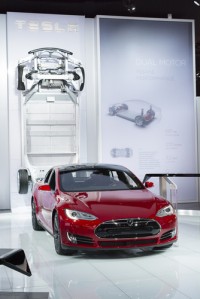 The National Highway Traffic Safety Administration is investigating Tesla’s self-driving technology, after Joshua Brown, 40, was killed in a vehicle while it reportedly was in Autopilot mode.

His family has retained an attorney, the Associated Press reports. Brown’s car, a Model S, did not while in Autopilot mode distinguish the white side of a turning tractor-trailer from the sunny sky of a May afternoon in Florida, according to statements by Tesla and the National Highway Traffic Safety Administration, and the brakes were not activated by Autopilot or Brown.

“Once the complete investigation results are published, we’ll obviously evaluate all the data and the conclusions and make our decision from there,” Paul Grieco, the family’s lawyer, told the news agency.

Brown, who was based in Ohio, owned a business focused on providing rural America with Internet services, the New York Times reports. A former employee of Brown’s told the AP that while Brown liked to drive fast, he considered him a safe driver. Brown posted various YouTube videos of himself in the car driving hands-free with it’s Autopilot feature.

Frank Baressi, who drove the tractor-trailer, says that the Tesla was driving fast when the accident occurred, the AP reports. He also says that Brown was watching a Harry Potter DVD, but admits to only hearing the audio, and did not see it playing. A portable DVD player was found in Brown’s vehicle, the Florida Highway Patrol told the news agency. It could not confirm if it was playing when the accident occurred.

Baressi owns Okemah Express, a trucking company, and is listed as its only driver, according to the article. Federal records indicate that the company and its driver have been sited for seven violations over the past two years, including driving more than the legal limit of 14 hours a day and an improper lane change.

The U.S. National Highway Traffic Safety Administration is expected to release regulation for self-driving cars this month. Mark Rosekind, the agency’s administrator, has said that self-driving car technology doesn’t have to be perfect to be acceptable, and the regulation can’t be so rigid that it does not keep up with evolving technology.