Fans of HBO’s ‘Silicon Valley’ must be asking: Do patent trolls really exist?

Season four of the hit HBO series Silicon Valley introduced viewers to Stuart Burke, a man who has accumulated a pretty nice chunk of change engaging in what could best be described as a shakedown of music writers and song publishers through his acquisition of copyrights.

The way Burke describes it, purchasing the copyright of a popular Spanish-language song gave him the leverage he needed to threaten a lawsuit against the songwriter of a 1983 hit used extensively by advertisers in 2017. His strategy was simple: threaten a lawsuit for infringing on his copyright. The songwriter would rather settle with Burke than risk paying hundreds of thousands of dollars in legal fees and still possibly lose the placements even if the claim never succeeded in court.

This automatically caught my ear—little known fact—I play music. It’s a great stress reliever, and it’s a fun side gig. Plus, I get royalties every quarter. So, this got me thinking: “If people are buying my music, could there really be people looking to sue me for infringement?” After all, there are only so many chord progressions out there …

But back to the show: the connection to Silicon Valley and Pied Piper, the company owned by the protagonist Richard Hendricks, becomes clear when Burke explains to Hendricks how the music industry and song copyrights are no longer as lucrative as they once were. Burke’s new venture is patents, and his new target is Pied Piper.

Burke tells Hendricks he purchased an unused patent for digital storage. The wording of the patent is so broad, according to Burke at least, that Hendricks and his partners at Pied Piper are infringing on Burke’s patent with their data compression algorithm. Burke offers to settle by granting Pied Piper a license for $20,000.

Like most folks faced with a difficult issue, Hendricks seemingly heads straight to a lawyer for a discussion regarding any potential defense to Burke’s claim. The lawyer, much to the disappointment of Hendricks, strongly urges him to settle by paying the $20,000. The other option? Risk incurring hundreds of thousands of dollars in legal fees.

Hendricks decides to fight Burke by going to the heads of other companies that could soon become victims as well. He presents each of them with a partnership agreement by which they would all become partners to take on Burke. Instead, the others go to Burke and reach a favorable settlement for their respective companies. This leaves Hendricks with a $22,000 bill in legal fees for preparation of the agreements. To add injury to insult, Burke’s new settlement demand rises to $300,000.

As an attorney (first) and a musician (second), I had two questions: can a lawyer actually charge $22,000 for preparing a simple agreement, and do “patent trolls” really exist?

The ABA Model Rules of Professional Conduct offer a template for state-level bar associations to adopt or modify as they wish. Model Rule 1.5, dealing with legal fees, is clear in its requirement that fees charged by attorneys must be reasonable. Among the criteria for consideration:

• Difficulty of the matter handled by the attorney for the client.
• Customary fees charged by attorneys for the same or similar services.
• Whether the work prevented the attorney from working on other matters.
• Results obtained.
• Experience of the attorney.

Applying this criteria to the Silicon Valley facts, it would appear the documents were a rather simple, routine partnership agreement that did not take too much of the attorney’s time or prevent him from working on other matters. I got the gist each prospective partner simply received a duplicate copy. It likely falls short in the other listed criteria as well. The cost/benefit ratio was likely meant to add a little fuel to the always-growing fire of money-hungry-lawyer jokes, but sadly these situations occur more than most would like to admit.

Moreover, Model Rule 1.5 requires that fee agreements be properly communicated by the attorney to the client. We all know there’s no reason to play hide the ball unless you’re trying to get one over on somebody. Given Hendricks’ reaction upon realizing the amount of the bill from his lawyer, it’s fair to assume the attorney fell short in communicating the costs of the agreements to his client as well. Maybe we’ll see a bar complaint in a future episode.

Sadly, patent trolls do exist. They got quite a bit of attention this spring when the U.S. Supreme Court released its ruling in TC Heartland v. Kraft Food Brands Group (PDF). Patent cases generally don’t get a lot of media attention, but HBO might have raised the national awareness through its introduction of the Stuart Burke character.

Like Burke, patent trolls profit by presenting companies with the choice of either settling or surviving expensive litigation. One tactic the trolls used was to place cases in courthouses far removed from where the defending companies are based. For example, a certain federal district court in Texas has been a popular forum for patent infringement lawsuits because of its reputation for judges favorable to patent trolls and the inconvenience it presents to defendants who must travel from either coast.

In TC Heartland, the Supreme Court ruled that proper jurisdiction for patent infringement trials is where the person or company being accused of infringement resides or has a place of business. The decision removed a forum-shopping weapon from the patent troll’s arsenal. Score one for the good guys.

Whether fighting patent trolls or any other matter in court, have a clear understanding about the fees to be charged and how they will be computed. It’s easy, and it’s essential. Putting the fee arrangement in writing can help to avoid disagreements or “invoice shock” when the bill arrives. 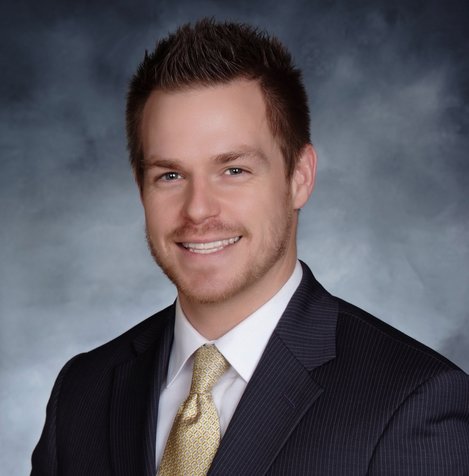 After all, nobody likes a troll, whatever shape it comes in.