FBI report on Kavanaugh is sent to Senate; confirmation vote could be Saturday 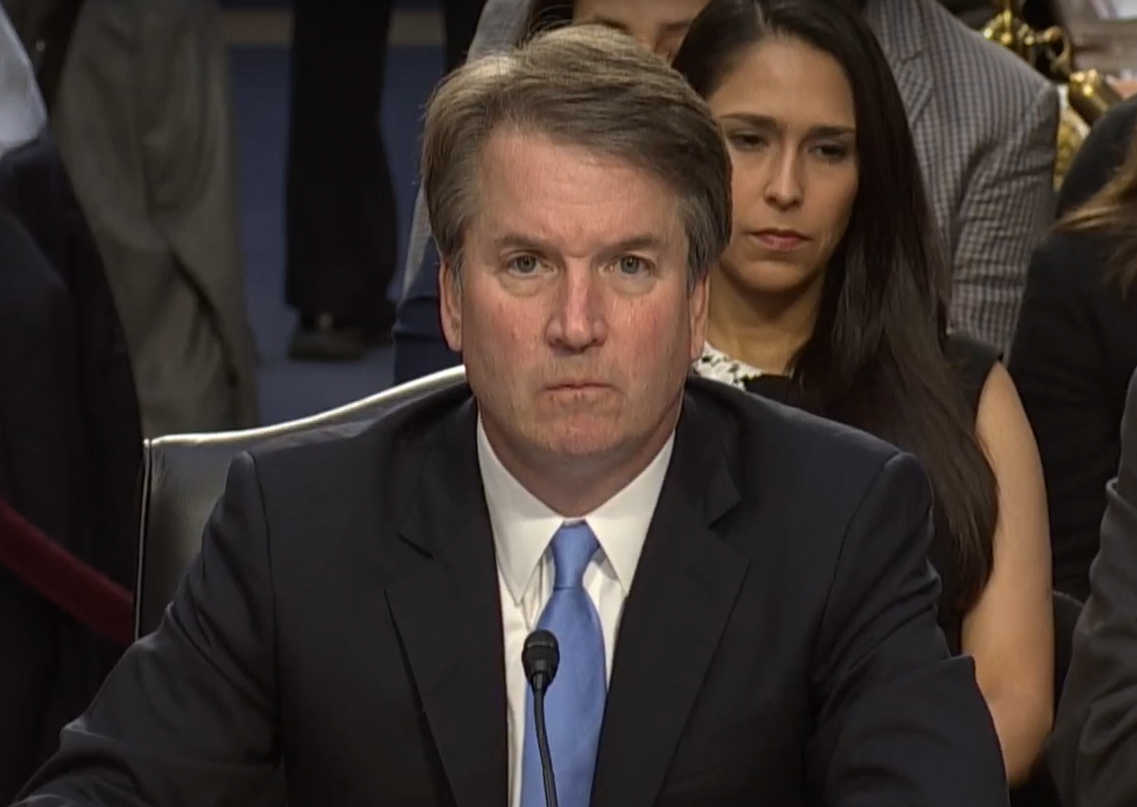 The FBI has completed its supplemental report on U.S. Supreme Court nominee Brett Kavanaugh and sent it to the Senate, where senators began to view it Thursday in a secure room at the Capitol.

White House spokesman Raj Shah tweeted early Thursday that the White House is fully confident that the Senate will vote to confirm Kavanaugh. The Washington Post, Politico, the New York Times, the Wall Street Journal and CBS have coverage.

Senate Majority Leader Mitch McConnell, R-Ky., set a cloture vote on the nomination for Friday, which would allow for a confirmation vote on Saturday.

Senators and select staff members started to review the materials at a sensitive compartmented information facility. The one-hour sessions alternate between political party with Republicans seeing the report first.

Anonymous sources told the Wall Street Journal that the report found no corroboration of the allegations of sexual misconduct against Kavanaugh. After being briefed by his staff on Thursday, Senate Judiciary Committee Chairman Charles Grassley, R-Iowa, said in a statement, “There’s nothing in [the report] that we didn’t already know.”

The Times spoke with an anonymous official briefed on the FBI review, who said the agency contacted 10 people and interviewed nine of them. The report consists of interview summaries. The FBI did not interview Christine Blasey Ford, who accused Kavanaugh of sexual assault during a 1980s high school party. Nor did the bureau interview Kavanaugh, who denies the allegations.

The FBI reportedly focused on the sexual assault described by Ford and another incident described by former Yale classmate Deborah Ramirez, who has said Kavanaugh exposed himself during a drinking party and thrust his genitals in her face. Ramirez is said to be among the people interviewed by the FBI.

One person told the Post that he had overheard someone tearfully talking about an incident at Yale involving a fake penis and someone exposing himself, but when he contacted the FBI he was put on hold so long that he submitted the information through the agency’s website. That individual said he had not received a response as of Wednesday.

A lawyer told the Post that he represented a person who wanted to tell the FBI about a conversation with Ramirez about an incident at Yale. The lawyer, Alan Abramson, said he had not heard back from the FBI.

Lawyers for Ford said Wednesday their client had made a tremendous sacrifice in coming forward, “but those directing the FBI investigation were not interested in seeking the truth.”

More than 2,400 law professors are expressing their misgivings about Kavanaugh in a letter they plan to present to the Senate on Thursday. The law professors who have signed the letter can be seen in this updated list compiled by the Times.

The law professors say in the letter that Kavanaugh’s Senate Judiciary Committee testimony regarding Ford’s sexual assault allegation “displayed a lack of judicial temperament that would be disqualifying for any court, and certainly for elevation to the highest court of this land.” Law.com and the Post have coverage.

“Instead of trying to sort out with reason and care the allegations that were raised, Judge Kavanaugh responded in an intemperate, inflammatory, and partial manner, as he interrupted and, at times, was discourteous to questioners,” the law professors wrote.

“The White House has received the Federal Bureau of Investigation’s supplemental background investigation into Judge Kavanaugh, and it is being transmitted to the Senate. (1/3)

With Leader McConnell’s cloture filing, Senators have been given ample time to review this seventh background investigation. This is the last addition to the most comprehensive review of a Supreme Court nominee in history, which includes extensive hearings, multiple (2/3)

committee interviews, over 1,200 questions for the record and over a half million pages of documents. With this additional information, the White House is fully confident the Senate will vote to confirm Judge Kavanaugh to the Supreme Court.” – White House Spokesman Raj Shah (3/3)

This FBI material will b handled per 2009 memorandum of understanding/MOU signed btwn Obama WHCounsel & then-SJC Chairman Leahy. Thats latest memorialization of this “loan agreement” of ExecBranch material. Feinstein, Durbin, Schumer, & others were on SJC in 09 & didnt object 3/3

Updates at 10:41 with Grassley’s statement. Updated on Oct. 5 at 9:33 a.m. to add link to new coverage and update the number of law professors who have signed a letter opposing Kavanaugh’s appointment to 2,400.