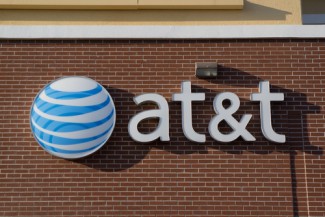 The Federal Communications Commission announced on Wednesday that it will seek to impose a $100 million fine on telecommunications giant AT&T for misleading consumers about the company’s “unlimited” data plans for mobile devices.

The plans could involve speeds considerably slower than what AT&T advertised, as the company throttled down traffic for heavy users, the FCC says.

AT&T says it will “vigorously dispute the FCC’s assertions,” and has 30 days to respond to the FCC’s allegations as the administrative case proceeds toward a final determination. However, if the fine is actually imposed it would be the largest in the agency’s history, according to the Dallas Morning News and USA Today.

Data-throttling has been “specifically identified” by the FCC “as a legitimate and reasonable way to manage network resources for the benefit of all customers, and has known for years that all of the major carriers use it,” said AT&T in a written statement. “We have been fully transparent with our customers, providing notice in multiple ways and going well beyond the FCC’s disclosure requirements.”

The FCC contends that AT&T provided data at speeds as much as 20 times less than advertised, interfering with customers’ ability to use the Internet, reports the Wall Street Journal (sub. req.)

Bloomberg, and the Washington Post (reg. req.) also have stories.

ABAJournal.com: “AT&T to pay record $25M to settle with FCC over privacy breach at call centers”