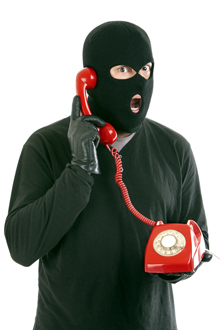 Reports of a telephone scam, involving accusations of shirking federal jury duty, are prompting courts to remind the public that they rarely contact potential jurors by phone.

Such calls have been reported in New Mexico and Utah, said U.S. Courts spokesman Charles Hall to the ABA Journal. The individuals targeted have not actually been summoned for federal jury duty, he says. The caller generally threatens prosecution and a fine for not fulfilling jury service, and also attempts to gain personal information that could be used for identity theft.

Federal judges outside New Mexico and Utah are concerned as well.

“Federal courts do not require anyone to provide any sensitive information in a telephone call,” David R. Herndon, chief judge of the Southern District of Illinois, wrote in a recent release. “Most contact between a federal court and a prospective juror will be through the U.S. mail, and any phone contact by real court officials will not include requests for social security numbers, credit card numbers or any other sensitive information.”

If someone receives such a call, Herndon urges them to contact the clerk’s office of the U.S. district court.

This is not the first time that scammers have targeted potential jurors; the U.S. Courts’ Judiciary Now released a video in 2009 warning of similar schemes.