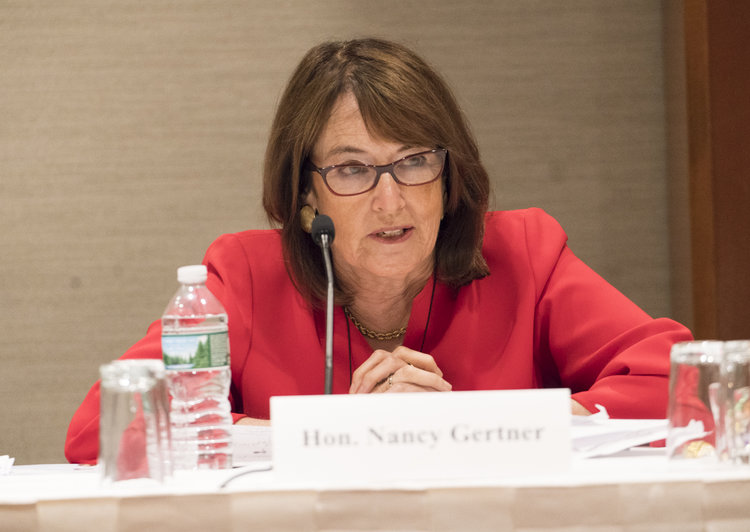 The policies were set by the Obama Administration, the Harvard Crimson reports, and outlined in the Office of Civil Rights’ 2011 “Dear Colleague” letter (PDF) that stated that sexual violence should be included among the offenses banned by Title IX of the Education Amendments of 1972.

In an August court filing for a lawsuit that challenges the guidelines, the Department of Education indicated that it was reviewing the guidance. Also, Buzzfeed recently reported that Candice Jackson, head of the Education Department’s Office for Civil Rights, has said in private meetings that she’d like to put the 2011 communication through a notice-and-comment process.

The Harvard memo (PDF) was signed by Janet E. Halley, Elizabeth D. Bartholet, and Jeannie Suk Gersen, all of whom are Harvard law professors, and Nancy Gertner, a lecturer at the school who is also a retired federal judge. They submitted the memo to the Department of Education Aug. 21.

“Definitions of sexual wrongdoing on college campuses are now seriously overbroad. They go way beyond accepted legal definitions of rape, sexual assault, and sexual harassment. They often include sexual conduct that is merely unwelcome, even if it does not create a hostile environment, even if the person accused had no way of knowing it was unwanted, and even if the accuser’s sense that it was unwelcome arose after the encounter,” the memo reads. “The definitions often include mere speech about sexual matters. They therefore allow students who find class discussion of sexuality offensive to accuse instructors of sexual harassment.”

The four women were among 28 law school faculty who in 2014 called for the university to withdraw its then-new post-Dear Colleague letter sexual harassment policy on the basis that the policy lacked basic elements of due process and was stacked against those accused of sexual misconduct. In 2015, the law school adopted its own set of sexual harassment procedures, the Harvard Crimson reports.

The memo, titled “Fairness For All Students Under Title IX,” urged the Department of Education to consider some of Harvard Law’s procedures. That included providing parties involved with a copy of the complaint, including the factual basis, evidence gathered and parties involved. It also supports providing a hearing, and giving parties a chance to hear testimony in “real time,” as well as an opportunity to offer amendments and corrections.

And the preponderance of evidence standard should only be used “if all other requirements for equal fairness are met,” according to the memo. It also asks that OCR “abandon its senseless blanket disapproval” of mediation or restorative justice in resolving sexual misconduct complaints, and do a study of how campus discipline for sexual misconduct findings impact racial minorities.

“To address sexual misconduct effectively, appropriate definitions of misconduct must be developed that avoid risk to the relational autonomy of students and academic freedom in the classroom,” the memo reads. “Equally important is the development of procedures providing fair treatment to both accuser and accused. That is the challenge of the next crucial stage of reform in the service of Title IX’s mandate against sex discrimination in education.”