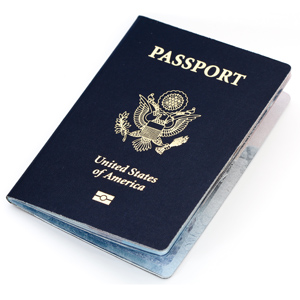 A passport applicant who identifies as neither male nor female is asking a federal judge to direct the State Department to issue a gender-neutral passport.

On Wednesday, U.S. District Judge R. Brooke Jackson of Denver appeared to side with the plaintiff, Dana Zzyym, the Associated Press reports. ZZyym was denied a passport after refusing to check a box indicating gender, according to the Washington Post. The suit is here.

“The State Department’s denial of Dana’s passport application solely because Dana cannot accurately identify as either male or female was arbitrary and capricious, not in accordance with law, in excess of statutory jurisdiction and authority and violates constitutional guarantees of equality and liberty,” the suit says.

The AP story says Jackson “seemed exasperated at times” during the Wednesday hearing. “A lot of things are changing in our world,” Jackson said.

Zzyym, a Navy veteran, was born with ambiguous genitalia and raised as a male.

In Oregon, however, a judge ruled in June that Army veteran Jamie Shupe, who petitioned for a judgment of sex change, may be referred to as “nonbinary.”