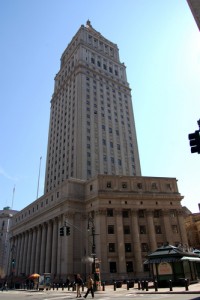 A federal judge in Brooklyn had no power to expunge the valid conviction of a woman who said her arrest record prevented her from getting a job as a home health aide.

The decision overturns Gleeson’s May 2015 order to seal the woman’s arrest and criminal records and to delete electronic copies from government databases.

In a footnote, the appeals court notes Gleeson’s order wasn’t technically an expungement, but the court was using the term to resolve the issue before it.

The woman was convicted in 2001 for participating in a staged car accident scheme, but had led an exemplary life afterward, Gleeson had found.

The 2nd Circuit said the Rules of Criminal Procedure provide for limited jurisdiction over post-judgment motions. “None of these rules remotely suggests, however, that district courts retain jurisdiction over any type of motion years after a criminal case has concluded,” the appeals court said.

A prior 2nd Circuit decision on ancillary jurisdiction applies only to expungement of arrest records after a criminal case is dismissed, Circuit Judge Raymond Lohier wrote for the appeals court.

The appeals court added that its opinion “says nothing about Congress’ ability to provide for jurisdiction in similar cases in the future.” The opinion quoted a speech by Attorney General Loretta Lynch in which she said society’s treatment of former offenders “turns too many terms of incarceration into what is effectively a life sentence.”