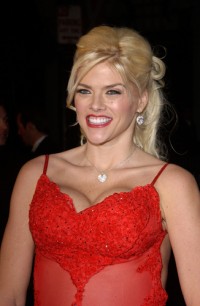 After nearly 20 years of litigation, it appears that efforts by the late Anna Nicole Smith and her estate to get millions from her late husband’s estate may be nearing a conclusion.

Comparing the case to the multigenerational estate litigation described in the classic Charles Dickens novel Bleak House, a federal judge in Santa Ana, California, on Monday said it is time to call a halt, the Associated Press reports.

Smith, who is referred to in the case by her real name of Vickie Lynn Marshall, married J. Howard Marshall in 1994, when she was 26 and he was 89. After he died the following year, she challenged a will that left her nothing from his $1.6 billion estate, contending that he had promised to give her more than $300 million and claiming undue influence by his son, E. Pierce Marshall, who inherited the estate. Pierce Marshall, who died in 2006, argued that his father had already provided lavishly for Smith during his lifetime, with the expectation that Smith would get nothing after his death.

After a loss in Texas probate court, Smith pursued her claims in bankruptcy court in California, at one point winning a $475 million judgment that was later reversed on jurisdictional grounds. After Smith died in 2007 of an accidental drug overdose, her estate executor, attorney and onetime live-in companion Howard K. Stern sought $44 million on behalf of Smith’s young daughter in federal district court in Orange County.

“Time spent litigating the relationship between Vickie Lynn and J. Howard has extended for nearly five times the length of their relationship and nearly twenty times the length of their marriage. It is neither reasonable nor practical to go forward,” said Judge David O. Carter in his Monday opinion denying a sanctions motion by Smith’s estate concerning the estate of Marshall’s son, E. Pierce Marshall.

“The American taxpayer has supported the burden of this litigation for many years, and it is time for this suit to no longer ‘drag its weary length before the Court,’” wrote Carter, referring to a Bleak House passage that was also quoted in an earlier ruling in the Smith litigation saga by the U.S. Supreme Court.

Although Carter said Pierce Marshall and his earlier counsel had “a distinct disinterest in rules or ethics” and had offered false testimony, destroyed documents and wilfully disobeyed court orders, the judge declined to award sanctions because of a lack of proof of damages, Forbes reports.

Attorney Phil Boesch represented the Smith estate and argued that Pierce Marshall’s delaying tactics cost his side a chance to win in California prior to the Texas probate court judgement.