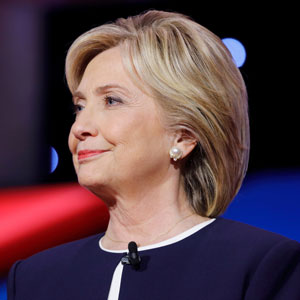 A federal judge has ruled the State Department must look in its own archives for emails then-Secretary of State Hillary Clinton may have sent concerning the 2012 attack at the U.S. Embassy compound in Benghazi, Libya, that killed four Americans including a U.S. ambassador.

The State Department had searched approximately 30,000 emails in response to Freedom of Information Act requests, but the emails had come from Clinton’s own server; from top aides Huma Abedin, Cheryl Mills and Jacob Sullivan; and those recovered by the FBI in its investigation of Clinton’s use of a private server.

But U.S. District Judge Amit Mehta ruled Wednesday that the State Department must turn over pertinent emails to and from Clinton and others at their state.gov email addresses.

The judge wrote that “State’s server presumably would have captured and stored such an e-mail.”

The FOIA request was filed by Judicial Watch, a conservative watchdog group that complained the State Department hadn’t searched its own systems.

Judge Mehta noted that the agency had searched only outside sources, and “it has not, however, searched the one records system over which it has always had control and that is almost certain to contain some responsive records: the state.gov e-mail server.”

Justice Department lawyers representing the State Department had argued that having to search other employees’ email accounts for Clinton’s emails would set a bad precedent that would pull resources away from other FOIA resources.

The judge said the circumstance in this case present “a specific fact pattern unlikely to arise in the future.”

Ramona Cotca, who filed the suit for Judicial Watch, said, “It’s not about how many records, but it’s a matter of making sure that they search everywhere where they’re supposed to search,” Courthouse News reports.