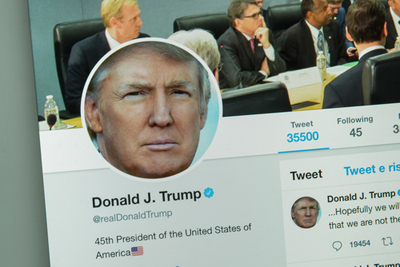 A federal judge in Manhattan has ruled the First Amendment bars President Donald Trump from blocking people from his Twitter account because of their political views.

Buchwald said the space where Twitter users can interact on the the president’s account is a designated public forum, and blocking users based on their political views constitutes impermissible viewpoint discrimination. Trump’s Twitter handle is @realDonaldTrump.

Buchwald declined to issue an injunction requiring Trump to stop blocking Twitter users, reasoning that her declaratory judgment “should be sufficient, as no government official—including the president—is above the law.”

The Knight Institute was also a plaintiff, alleging it was harmed because it was not able to read comments by the blocked plaintiffs.

Buchwald said the plaintiffs had established standing against Trump and White House social media director Dan Scavino, who sometimes drafts and posts tweets. But she declined to issue an injunction against Scavino or Trump.

“We must assume that the president and Scavino will remedy the blocking we have held to be unconstitutional,” she wrote.